Doug Casey On Gold: “The Potential Is Here For A Climactic Runaway Mania” 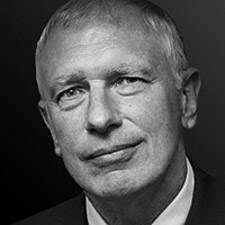 Legendary investor Doug Casey, who has previously warned that we’re headed into the next Great Depression and that the speed of the collapse will leave most people waking up to the danger after it has happened, says that there are steps you can take now to prepare. He’s previously recommended that people get out of major cities and position themselves in such a way that you have basic survival essentials on hand when the dollar itself becomes worthless.  As we move back into the hurricane Casey says that hard assets, namely gold and silver, will be the beneficiaries of what he refers to as panic buying when people realize that there are only a handful of assets that will preserve their wealth.

The end-game, as he notes in his latest interview with Future Money Trends, will be the biggest precious metals bull market of modern times:

I think the potential is here for a climactic runaway mania in junior gold stocks… In all the time I have been in this market… since the early 1970’s… these junior stocks have consistently, as a group, gone up 1000%… an unbelievable number… they have done that on the upside and then they lose 95% on the downside when the cycle starts again…

I think this coming bull market that we’re in the early stages of is going to be the biggest of them all because the world economic situation is much more serious now… so there’s going to be a panic into gold and that’s going to flow over into these little gold stocks.