Apocalyptic prophecies seem to be lurking around every corner, and by now, you’ve no doubt heard about David Meade. Mr. Meade originally predicted that Planet X, also known as Nibiru, would smash into the Earth on September 23, and he’s now not only changed his tune slightly but added to his updated apocalyptic prophesy.

The Biblical doomsayer has predicted that Earth is entering seven years of “tribulation” which will see a third of the planet destroyed in an “Elysian war.” Meade is predicting that the “End of Days” will begin later this month as the Earth moves into a seven-year period called the “great tribulation.” He also says that as part of the great tribulation there will be a heavenly war on Earth which will see the Antichrist rise out of the new world order.

Meade wrote a book called Planet X in which he predicts that the space object, which is also called Nibiru and nonexistent according to NASA, will crash into Earth and destroy a third of the planet. With the September 23 date now come and gone, the conspiracy theorist said in an interview last week that the “End of Days” will surely start sometime in October bringing the often discussed Planet X with it.

He says the End of Days will bring a series of judgments, one of which will be Planet X, and stands by his claim that he never actually said Nibiru will impact Earth on September 23, and he was misunderstood.  “This celestial object called Planet X, or the Bible calls it ‘Wormwood’ in Chapter 8, it causes most of the damage of the Trumpet judgments. It doesn’t destroy the whole earth it only destroys about a third of the Earth,” Meade said. 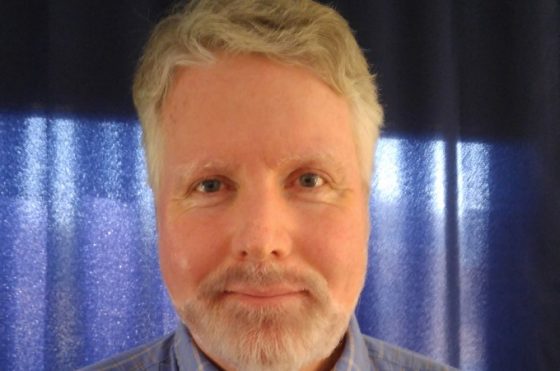 NASA still insists that Nibiru/Wormwood/Planet X doesn’t exist at all so there’s no chance of a nonexistent celestial object hitting the Earth.  The space agency says that if a planet was on a collision course with Earth, astronomers would have been tracking it for the last decade and it would be visible to the naked eye by now. “After searching hundreds of millions of objects across our sky, NASA’s Wide-Field Infrared Survey Explorer (WISE) has turned up no evidence of the hypothesized celestial body in our solar system commonly dubbed ‘Planet X’,” it previously said in a statement.

Meade explained an increase in solar flares will herald the approach of Planet X. The electrical grid will fail and there will be widespread chaos and looting. “It’s not the end of the world, but the end of days as prophesied in the Bible. The world is not going to end but ‘the world as you know it will end.’ It will change. Normalcy bias will cease,” Meade told RT.com.

But Meade also says that the tribulation is good news for those who survive it. He claims that after the seven-year-long great tribulation the world will experience a glorious millennium, with “a thousand years of peace.”

“But right before that time we’ve got to deal with the Great Tribulation and Planet X, or Wormwood is part of the great tribulation.”