Domestic Terrorists: We Are Being Divided By Design, And Easily Manipulated 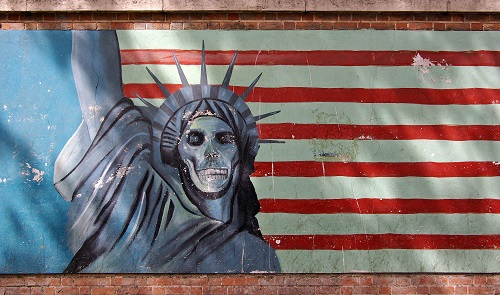 Those in power care only about expanding their own wealth and power while sucking ours.  If you can’t see this by now, you may never be able to do so. We are being divided and backed into corners by the elitists as they tell us it’s our own fault and label us the terrorists.

We will all soon be dybbed domestic terrorists and the government already sees us as the enemy even if you have no problem being their slave.

The first week of 2021 kicked off with chaos at the Capitol in Washington D.C. Was it a protest, a riot or an insurrection? Were there provocateurs, and if so, were they Antifa, the cops, and/or the Feds? As usual, everyone on the internet thinks they know the answer within ten minutes. Unfortunately, this genuinely leads to the spreading of unfounded theories – many based on nothing but speculation and emotion. But while the public is debating over theories and arguing amongst themselves, the newly emboldened Military Industrial Complex is eagerly anticipating the incoming Biden Administration as an opportunity to expand the War on Domestic Terror. –Derrick Broze, The Last American Vagabond

The post 9/11 era is over. The single greatest national security threat right now is our internal division. The threat of domestic terrorism. The polarization that threatens our democracy. If we don't reconnect our two Americas, the threats will not have to come from the outside. pic.twitter.com/ADgGcf7qEo

TLAV writer Whitney Webb responded to Slotkin’s comment by reminding the audience that, “before Congress, Elissa worked for the CIA and the Pentagon and helped destabilize the Middle East during the Bush and Obama admins. What she says here is essentially an open announcement that the US has moved from the ‘War on [foreign] terror’ to the ‘War on domestic terror.’”

The Federal Bureau of Investigations (FBI) also reportedly released a bulletin warning that “domestic extremists” are planning a nationwide protest to stop Joe Biden from being sworn in as President. According to ABC News:

The FBI has also received information in recent days on a group calling for “storming” state, local and federal government courthouses and administrative buildings in the event President Donald Trump is removed from office prior to Inauguration Day. The group is also planning to “storm” government offices in every state the day President-elect Joe Biden will be inaugurated, regardless of whether the states certified electoral votes for Biden or Trump.

As Derrick Broze points out, this report should be viewed skeptically because it has not yet been publicly released.

However, it’s only one of many emerging reports and articles stoking the flames of civil war and internal chaos. The fact of the matter is that this is not a new attempt to demonize the American people. This current effort is simply a continuation of the effort to label Americans as terrorists that has been taking place since at least the mid-1990s following the Oklahoma City bombing false flag. These efforts were expanded further after the attacks of 9/11. In fact, as most readers know by now, it was Joe Biden who wrote the anti-terror legislation in the ’90s which became the basis for the Patriot Act after 9/11. –Derrick Broze, The Last American Vagabond

These are the questions we should all be pondering as we venture into 2021 under a tyrannical government and a totalitarian goal for the ultimate control of humanity. We are the next targets of the government, and they are telling us as much.

This is a crucial time for the American experiment. Will the American people allow themselves to be divided to the point of calling for domestic terror legislation to be used on their neighbors, co-workers, friends, and family? With the public inundated with fears of civil war, stolen elections, rampant disinformation, and general exhaustion with COVID-19 measures, it appears to be a very critical moment which may decide whether America is destined for a renewed desire for liberty, truth, and free speech, or an accelerated push towards tyranny. –Derrick Broze, TLAV

Can we move past needing masters and submitting to slavery?