Did the DNC Keep Press Silent With Cell Jamming Signal? “Officials Barely Acknowledge They Use It” 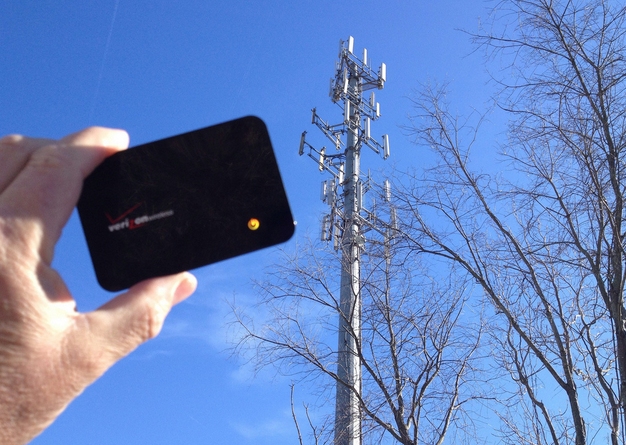 Yet another report has emerged in the aftermath of the DNC convention alleging that staffers used sophisticated technologies to blackout negative coverage and literally drown out dissident voices.

Hillary’s 2016 coronation just wouldn’t be the same without the Orwellian overtones.

First there were reports that the convention had installed white noise generators over the sections that were pro-Bernie states. The white noise significantly drowns out the voices of anyone shouting in the radius.

Plenty of people find it hard to believe that such a device would be used against protesters in order to carefully control the DNC convention and make sure that it friendly for Hillary. However, a reporter on the campaign trail pointed out the use of these machines months before convention ever began.

Listen to the difference of before and after (around 9:20) the Clinton event when the white noise generator was switched on to cover-up the speech and make it incoherent.

Check out the video at around 8:36

But that’s not all.

Now reporters are coming forward to explain how their cellular and wifi devices were blacked out from transmitting images, posts, texts and communications when they encountered the perimeter of the convention at the Wells Fargo Center.

After several journalists, protesters and activists talked to each other about the signal jamming, the problem became apparent, as Mint Press reports:

Technology developed to jam cellphones during the Iraq War may be getting deployed against journalists reporting on protests against the political establishment in the United States.

While police and government surveillance of protests, including monitoring of cellphone use, is well-documented, efforts to block signals at protests remains an oft-repeated, but never proven, rumor.

It may be impossible to definitively prove that authorities are using cellphone “jamming” technology, but journalists working with both mainstream and independent media reported unusual difficulties accessing the internet during recent protests at the gates of the Democratic National Convention, consistent with the effects this very real technology could have.

During the protests outside the DNC, which I covered for MintPress News, I experienced this personally, with my internet connection behaving suspiciously near the convention’s security fences and entrance gates, often abruptly blocking my tweets and other communication. The same was true for every other journalist I spoke with who covered the protests.

“It’s scary for me as a journalist because that’s how state suppression of events occurs,” said Desiree Kane, a freelance journalist and direct action organizer who covered the Republican National Convention for MintPress and also took part in protests in Philadelphia.

“That’s exactly how it happens is you block communications of what might be going down,” she added.

Chilling for free speech, this problem with services was something that even the mainstream media had difficulties dealing with, and intensified during certain heightened activities, like President Obama’s speech or during the use of riot cops to quell protests:

Kane found that her cellphone service disappeared just as she filmed a group of armored riot police briefly deployed to the disruption outside of the DNC.

[…] “I walked away maybe five blocks back to my car,” where she found her service returned, allowing her to upload her video.

“Even mainstream journalists were starting to question whether we had some kind of jamming,” Ziegler told me.

Here’s an example of a cell phone jammer in action:

This stuff is military technology, as Mint Press makes clear, that has been used in theaters of war such as Iraq and Afghanistan, and is now being deployed on the streets of America – even to prop up an illegitimate leader.

It is worth noting that while greater attention has been paid to law enforcement’s use of large-scale military equipment like armored vehicles, cellphone jamming is another example of wartime technology brought home for domestic use. During the Iraq War, cellphone jammers known as Warlocks, were a highly secretive device designed to block the detonation of remote-control bombs.

The use of cellphone jamming technology to protect the president, as may have occurred on July 27 during the convention, is an open secret: occasionally reported on, but rarely discussed. The Washington Post reported in 2009:

If elections are supposed to be about the voice of the people, and its participation in choosing our leaders, then technology has brought us to a sad day.

Ironically, when she was Secretary of State, Hillary Clinton condemned Iran for jamming Twitter and social media, and thereby blocking an Arab Spring-style revolution, which Hillary helped to foment in several other Middle Eastern and African nations.

Is jamming cell phone signals a viable, constitutionally-protected option for police, or do such actions by police and governments fall within the same  realm as Iran’s response to quelling organized protests by shutting off access to Facebook and Twitter? We note that at the time the Iranian government shut down the ability for protesters to organize they were met with strong opposition by none other than our own Secretary of State Hillary Clinton, who said:

“The United States believes passionately and strongly in the basic principle of free expression.”

“We promote the right of free expression.”

“And it is the case that one of the means of expression, the use of Twitter is a very important one, not only to the Iranian people but now increasingly to people around the world, and most particularly to young people.”

“And I think keeping that line of communications open and enabling people to share information, particularly at a time when there was not many other sources of information, is an important expression of the right to speak out and to be able to organize.” -Secretary of State Hillary Clinton

Yet, Hillary may have used this same anti-democratic tactic of silencing free speech “on her own people” during the DNC where she didn’t want anymore bad press.

The hand-picked nominee has come complete with the package deal of a bought and sold media, who will sing her praises and bury coverage of her opponents. They will also handle optics at events, use staged actors, hire seat fillers, coordinate teams to shout things like “USA! USA!” or “Hillary” over crowds that boo, say things like “Bernie” or “No More War” and anyone who would dare to question the presumptive next ruler of the United States.

We are in for dark times, and these high tech tools of control are just the beginning. What other tricks do they have up their sleeves?

Goverment Jams Protest Organizers: “Do You Have a Fundamental Right to Cell Phone Service?”

Law Enforcement Turn to NSA Surveillance Data to Track Crime: “It Was Only A Matter of Time”