DHS Creating ‘Disinformation Governance Board’ Ahead Of Midterms 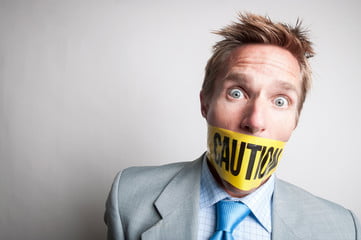 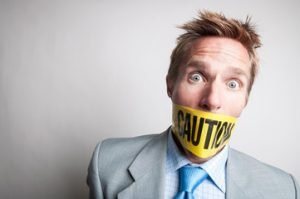 The Department of Homeland Security (DHS) is creating a “Disinformation Governance Board” to control narratives combat whatever they deem ‘misinformation’ before the 2022 midterms and beyond.

According to Politico, the new entity will focus on ‘misinformation related to homeland security, focused specifically on irregular migration and Russia.”

It's only been a couple days since Elon purchased Twitter and the government has already formed a Ministry of Truth https://t.co/mWwyrRP9lv

It will be headed by Nina Jankowicz, who previously served as a disinformation fellow at the Wilson Center, and advised the Ukrainian Foreign Ministry as part of the Fulbright-Clinton Public Policy Fellowship. She also oversaw the Russia and Belarus programs at the National Democratic Institute.

Cat's out of the bag: here's what I've been up to the past two months, and why I've been a bit quiet on here.

Honored to be serving in the Biden Administration @DHSgov and helping shape our counter-disinformation efforts. https://t.co/uN20vl7qqV pic.twitter.com/JEn4FqLdck

So basically the same group of disinformation agents who lied about the Hunter Biden laptop, President Trump, COVID lockdowns, deaths in nursing homes, etc will now create a board to protect us from them? https://t.co/E1O54uBj0r

“The goal is to bring the resources of (DHS) together to address this threat,” said DHS Secretary Alejandro Mayorkas during Wednesday’s testimony.

News of the DHS entity comes just days after Elon Musk secured a $44 billion deal to buy Twitter, which he’s vowed to change into a free speech platform within the bounds of the law.

Jankowicz has written two books, How to Lose the Information War and How to Be A Woman Online. In a pinned tweet pimping her newly released second book, Jankowiz lets her inner misandry loose and writes, “Men ‘burst violently into your mentions and your life like the Kool-aid man, demanding your attention, hawking opinions that they believe are unarguably, manifestly correct and indispensable.’”

As a thought experiment – what do you think the “Disinformation Governance Board” would have done with the Hunter Biden laptop story before the 2020 US election – which Democratic politicians and dozens of former intelligence officials swore had ‘all the hallmarks’ of a Russian disinformation campaign – a claim which turned out to be misinformation itself?

They didn't need a 'Disinformation Governance Board' until @elonmusk threatened their control over the narrative.

She pushed propaganda designed to help Joe Biden out of a scandal 3 weeks before the 2020 election.

The Senate must act to stop her from doing more damage. https://t.co/tHyABHrLmM