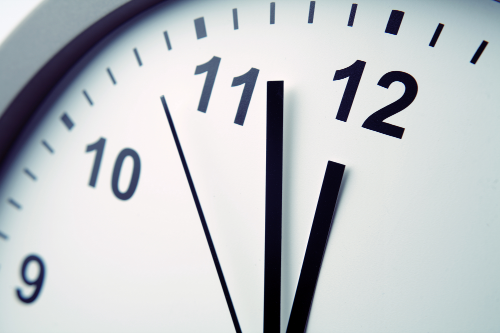 When Albert Einstein unveiled his theory of relativity, it must have been a mind blowing bombshell for people at the time. It’s still pretty incredible today. The idea that time may be experienced differently for objects traveling at different speeds, can be difficult to grasp and appreciate.

Still, for all practical purposes, time is pretty much the same for everyone on Earth. No matter who you are or where you live, an hour is an hour, a minute is a minute, and a second is a second. Time may move forward for us Earthlings at a rate that is different from an asteroid hurtling through space, but there isn’t any significant “relativity” between you and me, and it certainly isn’t different for people living in different cultures, right?

Don’t tell that to Clemson University in South Carolina. The taxpayer funded school recently spent almost $27,000 on diversity training materials for their professors. The course consists of slides depicting fictional characters in various scenarios, which are designed to teach them how to make the campus a more inclusive environment. Among those slides, is one that claims that people from different cultures can’t be held to the same standard as everyone else in our society, because their perspective on time is just different. According to the Daily Caller:

One slide features a guy named Alejandro who plans a meeting between two groups. Each group contains foreign professors and students. One group shows up 15 minutes early. The second group shows up 10 minutes late.

A question-and-answer section then instructs Clemson’s professors that Alejandro would be insufficiently “inclusive” if he were to “politely ask the second group to apologize.” Alejandro would also be wrong to advise the straggling, late people who aren’t respecting everyone else’s time that “in our country, 9:00 a.m. means 9:00 a.m.”

The “inclusive” thing for Alejandro to do, the taxpayer-funded diversity materials instruct Clemson professors, is to “recognize cultural differences that may impact the meeting and adjust accordingly.” Alejandro must understand “that his cultural perspective regarding time is neither more nor less valid than any other.”

From there, the scenarios go from being laughable to creepy. One slide condemned “Language that is derogatory with regard to race, sex, or other protected or emerging forms of diversity,” before reminding professors that “freedom of speech and academic freedom are not limitless.”

Sorry Clemson University, but if freedom of speech isn’t limitless, then it can’t be called freedom of speech. And in addition to that, when my phone says it’s 9:00 a.m., then it’s going to say the same thing on every phone in my time zone, regardless of what culture the phone’s owner was born in. Everyone, no matter where they come from, is perfectly capable of showing up to events on time, and to suggest otherwise is an exercise in denying reality.

And ironically, it’s a little bit racist and ethnocentric too (don’t you love it when SJW’s are guilty of their own shallow buzzwords?). After all, what is this diversity course trying to say? That foreigners are incapable of reading a clock or showing up on time?

You can’t make this stuff up.