Denninger Warns On Coming Collapse: “Exactly How This Thing Detonates and Who Dies Is Very Hard To Figure Out” 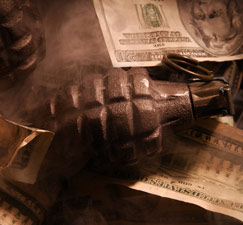 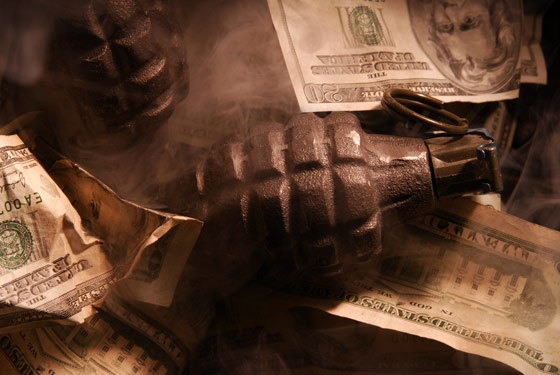 On Monday House Majority leader Paul Ryan warned that if his health care plan fails to pass then the Obamacare system will collapse. It’s a sentiment that The Market Ticker founder Karl Denninger has shared for years, citing basic arithmetic that shows the Affordable Care Act passed in 2009 simply cannot be sustained.

But before you get excited about the possible repeal of current laws that are to be replaced by Ryan’s new GOP bill, consider that the new bill is destined to fail for the very same reasons. It’s a simple math problem and the math shows there is not enough money to cover the costs for a health care system rooted in corruption and monopolistic tendencies, regardless of what Paul Ryan, President Trump or their opponents in Congress say.

The end result, says Denninger in a recent interview with Future Money Trends, is a complete collapse of not just health care, but the entirety of the U.S. economy. The fall out, he says, will be devastating and will lead to the deaths of many who have become completely dependent on an ever more broke U.S. taxpayer:

Exactly how this thing detonates and who dies, if you will, from a corporate perspective and from an economic perspective is very hard to figure out because if you think that this beast is just going to roll over and quietly go into the night you’d be very mistaken about that.

When this goes up in smoke there are some things you can very reliably count on happening and one of them is that if you are dependent on high dollar treatments… you have a high impact disorder or disease… you’re going to die. You need to understand this very clearly. You are going to die, unless you have Donald Trump style money.

The bottom line is that as the system starts to cannibalize itself, what it has done up until now and will continue to do… since they can’t take from those who have nothing to take… they will attempt to take everything from those who have something.

The only way to avoid that happening to you is to not need. If you do need, then you need to decide if you are just going to make peace with God and leave whatever wealth you have to the people you choose or you’re going to essentially donate it to a corrupt system that is stealing about one dollar in five.

There are other options… some of them are not very legal… but among the legal options, the best one that you can take is to become independent on that to the extent you are able.

Being as independent of the system as possible is the key to surviving the coming collapse. While the failure of our health care system will be a significant factor in the breakdown of life as we have come to know it in America, we can fully expect other core systems to malfunction, including financial markets and the economy as a whole.

That’s why Denninger has previously suggested that people take time to prepare:

This time it won’t recover with more “hopium” and fraud – that card has already been played which means the pension funds and annuities across this nation are going to get smoked.

They are going to come for all of it – pension funds, private retirement funds, savings accounts, you name it.

They’ll raise taxes to extreme levels, as we are already seeing in California, where they are now literally taxing cow farts.

The insanity will not only continue, it will accelerate, which means self sufficiency may be your only way to avoid a total collapse of your personal environment.

Assuming the disaster is worse than 2008 and mirrors something on the order of Greece, we can expect a variety of problems that may limit access to your bank accounts, life saving medicines, food, and meaningful work.

This is why we have repeatedly urged our readers to prepare for a variety of disasters by stockpiling long-term dry goods to supplement your diet in the event your paycheck takes a hit. We also encourage those with critical medical needs to put medicines in reserves, because they may become inaccessible or extremely expensive to acquire amid shortages. Finally, have gold or silver in reserve and diversify your investment portfolio with precious metals resources companies. While we can’t predict the future price of gold,  the historical evidence for gold and silver as stores of wealth during times of crisis are hard to argue. Up or down in terms of dollars, what will really matter is purchasing power, and that has remained consistent with precious metals for thousands of years.

A collapse is coming. This is a mathematical certainty. If you’re not  prepared for living independent of the system, at least in part, then you will feel the full brunt of the pain to come.

Karl Denninger is the author of Leverage: How Cheap Money Will Destroy The World. Visit his web site at The Market Ticker.

For more interviews like the one you just watched, visit Future Money Trends.