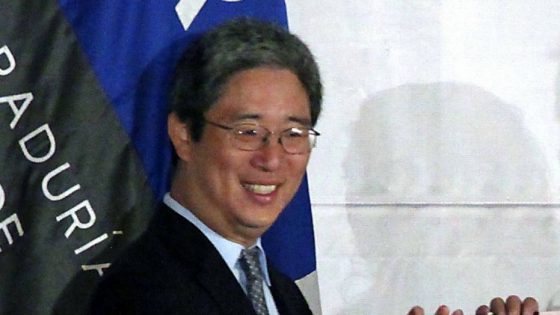 Another day, another startling revelation about operatives within the federal government who have specifically worked against the elected president, this one coming in the form of a top official at the Department of Justice being demoted after numerous “contacts” with the opposition research firm that was paid by the Clinton machine to dig up dirt on Donald Trump.

According to an exclusive Fox News report, Bruce G. Ohr held two titles at the DOJ before his demotion Wednesday morning which included associate deputy attorney general as well as director of the Organized Crime Drug Enforcement Task Force. As associate deputy attorney general his office was “four doors” down from his boss and allowed Ohr to be directly involved in the Trump-Russia investigation.

Ohr not only met with one of the founders of Fusion GPS shortly after the election, he also met disinformation operative Christopher Steele DURING the 2016 campaign.

That’s right, yet another top government official has been exposed as directly working with anti-Trump operatives in a failed attempt at stopping him from getting elected in the first place.

Initially senior department officials could not provide the reason for Ohr’s demotion, but Fox News has learned that evidence collected by the House Permanent Select Committee on Intelligence (HPSCI), chaired by Rep. Devin Nunes, R-Calif., indicates that Ohr met during the 2016 campaign with Christopher Steele, the former British spy who authored the “dossier.”

Later, a Justice Department official told Fox News: “It is unusual for anyone to wear two hats as he has done recently. This person is going to go back to a single focus—director of our organized crime and drug enforcement unit. As you know, combating transnational criminal organizations and drug trafficking is a top priority for the attorney general.”

Additionally, House investigators have determined that Ohr met shortly after the election with Glenn Simpson, the founder of Fusion GPS – the opposition research firm that hired Steele to compile the dossier with funds supplied by the Hillary Clinton campaign and the Democratic National Committee.

By that point, according to published reports, the dossier had been in the hands of the FBI, which exists under the aegis of DOJ, for some five months, and the surveillance on Carter Page, an adviser to the Trump campaign, had started more than two months prior.

The DOJ, as well as Robert Mueller’s deep state led investigation, had previously covered up Ohr’s anti-Trump activities and would most likely have continued doing so if not for the reporting of James Rosen.

The panel has issued numerous subpoenas for documents and witnesses related to the dossier but claims DOJ and FBI have “stonewalled,” an assertion that House Speaker Paul Ryan, R-Wis., seconded in a rare public statement in October.

To recap, we now know that yet another pro-Clinton operative, this time masquerading as a deputy attorney general, was actively working with the disinformation firm that hired a former British spy who then paid RUSSIAN SOURCES to compile the “Trump dossier.”

In other words, the associate deputy attorney general met with a former spy who openly paid the Russians to give him disinformation on an American presidential candidate.