Debt Bomb Ready to Explode: “Nitroglycerin On A Bumpy Road” 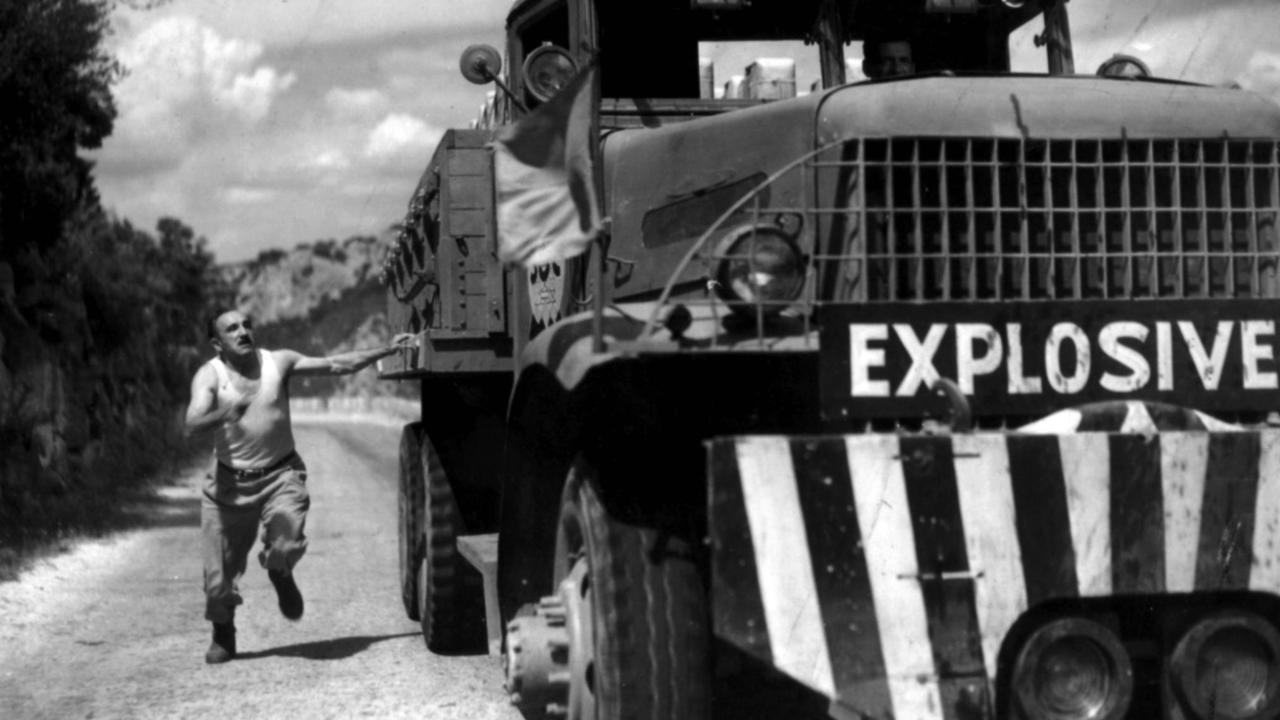 In the tense foreign film ‘Wages of Fear,’ the men must gamble with their lives to pay their bills amidst an economic depression, compelled to take a high risk, and high paying job driving nitroglycerin down a long, bumpy road to deliver it to the oil fields to put out larger fires. In the current economy, we must also keep putting the gun to our head in order to keep society functioning… good luck on the draw.

Editor’s Comment: The debt problem will always be the worst, because it compounds interest indefinitely, and in a very harsh way, and because it so thoroughly swamps the people who can least afford to deal with it. All the incompetence, corruption and mismanagement of the federal government, and those of the state and local governments, will ultimately enslave the taxpayers and U.S. citizens to generations of debt servitude, where we could ultimately be prodded into promising our children, and their children, as collateral on the debts we owe.

Underneath it all, the Federal Reserve and central bank systems, controlled behind a thin veil of the world’s ranking financial elites, cast booms and busts just as God Almighty casts thunder and lightning, preferring to bring down huge swaths of the population in trials and tribulations that will soon prove hard to endure.

For eight years, it has been easy money to the top of the heap, and flowing credit in the system; but those payments will now come due, and the larger crisis on the horizon… get your affairs in order while you still can.

Bill Gross: “Our Financial System Is A Truckload Of Nitroglycerin On A Bumpy Road”

Courtesy of Bill Gross’ latest monthly letter “Show Me The Money“, here are some perspectives on the only thing that has kept the global economy going since the financial crisis: debt, and lost of it.

in 2017, the global economy has created more credit relative to GDP than that at the beginning of 2008’s disaster. In the U.S., credit of $65 trillion is roughly 350% of annual GDP and the ratio is rising. In China, the ratio has more than doubled in the past decade to nearly 300%. Since 2007, China has added $24 trillion worth of debt to its collective balance sheet. Over the same period, the U.S. and Europe only added $12 trillion each. Capitalism, with its adopted fractional reserve banking system, depends on credit expansion and the printing of additional reserves by central banks, which in turn are re-lent by private banks to create pizza stores, cell phones and a myriad of other products and business enterprises. But the credit creation has limits and the cost of credit (interest rates) must be carefully monitored so that borrowers (think subprime) can pay back the monthly servicing costs. If rates are too high (and credit as a % of GDP too high as well), then potential Lehman black swans can occur. On the other hand, if rates are too low (and credit as a % of GDP declines), then the system breaks down, as savers, pension funds and insurance companies become unable to earn a rate of return high enough to match and service their liabilities.

U.S. Total Credit Market Debt as a Percent of GDP 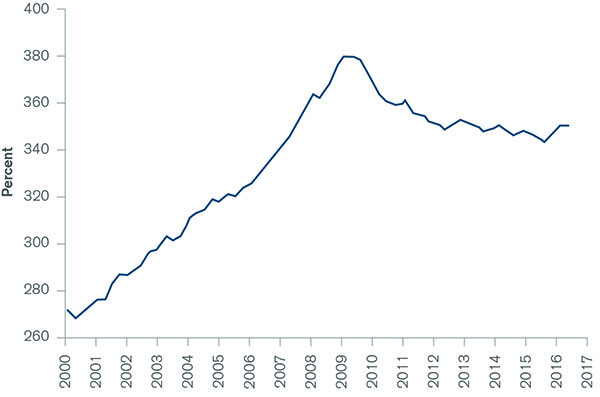 Central banks attempt to walk this fine line – generating mild credit growth that matches nominal GDP growth – and keeping the cost of the credit at a yield that is not too high, nor too low, but just right. Janet Yellen is a modern day Goldilocks.

How is she doing? So far, so good, I suppose. While the recovery has been weak by historical standards, banks and corporations have recapitalized, job growth has been steady and importantly – at least to the Fed – markets are in record territory, suggesting happier days ahead. But our highly levered financial system is like a truckload of nitro glycerin on a bumpy road. One mistake can set off a credit implosion where holders of stocks, high yield bonds, and yes, subprime mortgages all rush to the bank to claim its one and only dollar in the vault. It happened in 2008, and central banks were in a position to drastically lower yields and buy trillions of dollars via Quantitative Easing (QE) to prevent a run on the system. Today, central bank flexibility is not what it was back then. Yields globally are near zero and in many cases, negative. Continuing QE programs by central banks are approaching limits as they buy up more and more existing debt, threatening repo markets and the day to day functioning of financial commerce.

I’m with Will Rogers. Don’t be allured by the Trump mirage of 3-4% growth and the magical benefits of tax cuts and deregulation. The U.S. and indeed the global economy is walking a fine line due to increasing leverage and the potential for too high (or too low) interest rates to wreak havoc on an increasingly stressed financial system. Be more concerned about the return of your money than the return on your money in 2017 and beyond.

And as a follow up, a primer by Gross on fractional reserve lending:

“Pretend,” I told the “fam” huddled around the kitchen table, that there is only one dollar and that you own it and have it on deposit with the Bank of USA – the only bank in the country. The bank owes you a buck any time you want to withdraw it. But the bank says to itself, “she probably won’t need this buck for a while, so I’ll lend it to Joe who wants to start a pizza store.” Joe borrows the buck and pays for flour, pepperoni and a pizza oven from Sally’s Pizza Supplies, who then deposits it back in the same bank in their checking account. Your one and only buck has now turned into two. You have a bank account with one buck and Sally’s Pizza has a checking account with one buck. Both parties have confidence that their buck is actually theirs, even though there’s really only one buck in the bank’s vault.
The bank itself has doubled its assets and liabilities. Its assets are the one buck in its vault and the loan to Joe; its liabilities are the buck it owes to you – the original depositor – and the buck it owes to Sally’s Pizza. The cycle goes on of course, lending and relending the simple solitary dollar bill (with regulatory reserve requirements) until like a magician with a wand and a black hat, the fractional reserve system pulls five or six rabbits out of a single top hat. There still is only one dollar bill but fractional reserve banking has turned it into five or six dollars of credit and engineered a capitalistic miracle of growth and job creation. And importantly, all lenders of credit believe that they can sell or liquidate their assets and receive the single solitary buck that rests in the bank’s vault. Well . . . not really.

“And so,” my oldest son, Jeff, said as he stroked his beardless chin like a scientist just discovering the mystery of black holes. “That sounds like a good thing. The problem I’ll bet comes when there are too many pizza stores (think subprime mortgages) and the interest on all of the loans couldn’t be paid and everyone wants the dollar back that they think is theirs. Sounds like 2008 to me – something like Lehman Brothers.”

“Yep,” I said, as I got up to get a Coke from the refrigerator. “Something like Lehman Brothers.”