Death Of The Middle Class: The Suburbs Have Absorbed Half Of America’s Poverty Growth 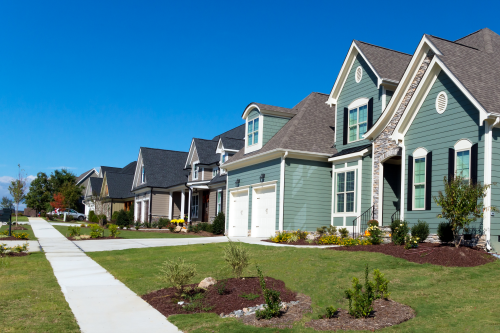 For decades suburbia was home to the highest concentration of wealth in America, and perhaps even the entire world. It was the seat of our nation’s thriving middle class and a beacon of economic mobility. The streets were clean and safe, the schools were highly regarded, and there were plenty of middle class jobs to be had.

But something has changed in suburbia. While offshoring and automation have destroyed millions of jobs across the country, the decimation of brick and mortar stores by online retailers has pounded the wealth base of suburbia. So much so, that there are more people living in poverty in suburbia than any other place in America.

According to a new book, “Places in Need: The Changing Geography of Poverty,” by University of Washington professor Scott Allard, American suburbs are facing economic hardship on a massive, if poorly understood, scale.

As of 2014, urban areas in the US had 13 million people living in poverty. Meanwhile, the suburbs had just shy of 17 million.

The Great Recession of 2008 helped accelerate much of the poverty that emerged in the early 2000s, Allard’s research has found. But another disrupting factor was the technological shift that enabled — and continues to enable — online retailers like Amazon and other e-commerce sites to replace shopping malls and big-box stores.

This ongoing demise has hollowed out many of the jobs suburban Americans once turned to as a means of supporting themselves.

So where did the wealth go? It appears to have fled suburbia, and made its way back to the cities.

The kinds of jobs that do entice younger people — mostly higher-skill, white-collar work — are increasingly found in cities. Suburban office parks are becoming a thing of the past as millennials flock to nearby metropolitan areas for work, accelerating the speed at which the suburban workforce hollows out overall.

Allard said it’s a reversal of several decades ago, when businesses moved to the suburbs to attract people who had recently vacated the city in search of a safer, greener place to live

Of course there are many factors that have killed jobs and wealth creation in suburbia, and those factors are contributing to poverty across the board. When you look at the data, you’ll find that the number of people living under the poverty line has skyrocketed in the suburbs, the cities, and rural areas. It’s happening everywhere. But suburbia is being hit the hardest.

The truth is this is emblematic of a much wider trend. The middle class in America is clearly dying, and the suburbs are where the middle class used to be concentrated. But like I said, it’s happening all over the place.

It used to be that you could escape poverty by moving from one place to another. During the industrial revolution, millions fled the subsistence living conditions in the countryside for factory jobs in the city. After World War Two, millions more left the cities for the suburbs.

But where can people run to now for economic opportunity? The middle class jobs in the suburbs have been hollowed out by the digital age. Offshoring, automation, environmental regulations, and illegal immigration have driven down wages and killed many of the highest paying jobs in rural areas. For most people, the only good paying jobs are in the cities, where the cost of living is so high that you can barely raise a family on a six figure income, which of course negates any of the benefits of having a high paying urban job.

If trends like this continue, then someday we’re going to wake up in a country that is like many that came before, where a few coastal elites are incredibly wealthy, and poverty is the norm for everyone else.