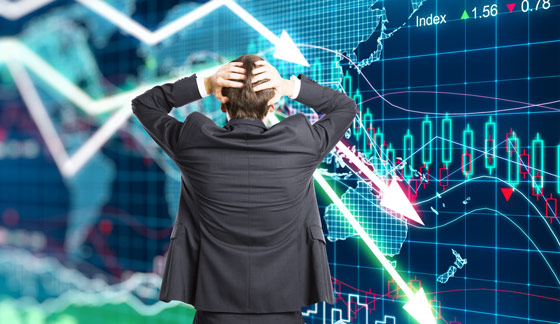 It should be well known by now that the Millennial generation was screwed over by factors outside of their control. They were raised by coddling parents, taught from a young age to take on crippling student loans for degrees that would never pay off, and they came of age during the worse financial crisis since the Great Depression. So it’s no surprise that this is the first generation that clearly isn’t as well off as the previous generation.

However, Millennials won’t be able to complain about their lot in life for much longer. They won’t have a right to, because they’re about to screw themselves over this time around, and they won’t have anyone else to blame for it. It turns out that they haven’t learned anything from their parent’s mistakes, as they dive into Wall Street and load up on tech stocks.

Quirk, citing a TD Ameritrade report, said millennials’ top stock is Apple, which in early May paid the world’s biggest dividend. But none of the rest of their favorite five stocks — Facebook, Amazon, Netflix and Tesla — pay dividends.

Tesla doesn’t crack the top 10 list for the general population, he said.

Quirk said these investing preferences make sense as long-term strategies for young adults with many years to invest ahead of them.

“Most of them are very interested in technology, but the biggest difference would be the dividend-yielding stocks,” Quirk said on CNBC’s “Closing Bell” Monday.

That should end well. They’re buying lots of stocks from Tesla, a company that can’t sell a single car when the government stops subsidizing them. They’re loading up Netflix stock, which despite costing over $150 per share, actually only earns about 40 cents per share. They’re betting their meager life savings on hideously overvalued social media stocks like Facebook, which has a market cap that is 225 times larger than its yearly cash flow. It turns out that when a bunch of barely-adults buy stocks on their smartphones, they don’t do their research. Surprised?

In any case they’d be naive to buy any stock, much less tech stocks, which are arguably the most overvalued on the market. However, the rest of the stock market doesn’t look much better. In fact, it appears to be primed for a serious collapse.

Since July 2012 – so over the past five years – the trailing 12-month earnings per share of all the companies in the S&P 500 index rose just 12% in total. Or just over 2% per year on average. Or barely at the rate of inflation – nothing more.

This is the most optimistic earnings number. It’s the number that data provider FactSet uses for its analyses, and these adjusted earnings seen in the most favorable light grew only a little over 2% per year on average for the S&P 500 companies over the past five years, or 12% in total.

It doesn’t take much research to realize that the stock market, and tech stocks in particular, are about to crash and burn. And yet members of the most research savvy generation failed to do their homework, and sunk their money into the most overvalued stocks. They fell for the same Wall Street hucksters that burned their parents in 2008. Now the poorest American generation; a generation that is still struggling to buy homes and start families, is about to lose what little they have.