DC Insider: There Is “Complete Panic” At Highest Levels Of DNC Over Seth Rich Murder 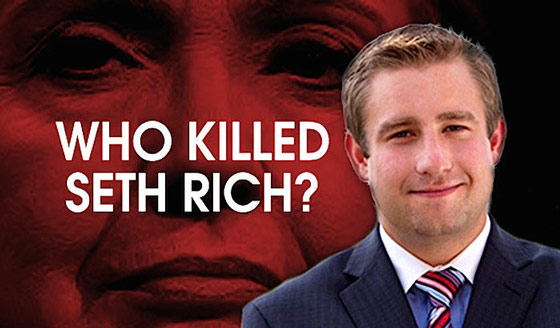 Last week, Fox News dropped a bombshell report officially confirming, via anonymous FBI sources, what many had suspected for quite some time, that murdered DNC staffer Seth Rich was the WikiLeaks source for leaks which proved that the DNC was intentionally undermining the campaign of Bernie Sanders. In addition to exposing the corruption of the DNC, the leaks cost Debbie Wasserman Shcultz her job as Chairwoman.

Of course, if it’s true that WikiLeaks’ emails came from a DNC insider it would end the “Russian hacking” narrative that has been perpetuated by Democrats and the mainstream media for the past several months.  Moreover, it would corroborate the one confirmation that Julian Assange has offered regarding his source, namely that it was “not a state actor.”

Meanwhile, the plot thickened a little more over the weekend when Kim Dotcom confirmed via Twitter that he was working with Seth Rich to get leaked emails to WikiLeaks.

I knew Seth Rich. I know he was the @Wikileaks source. I was involved. https://t.co/MbGQteHhZM

Which was followed up by the following posts on 4Chan’s /pol/ subgroup that high-ranking current and former Democratic Party officials are terrified of the Seth Rich murder investigation.

I know for certain that the Seth Rich case has scared the shit out of certain high ranking current and former Democratic Party officials.

This is the reason why they have backed away from impeachment talk. They know the smoking gun is out there, and they’re terrified you will find it, because when you do it will bring the entire DNC, along with a couple of very big name politicians.

It appears that certain DNC thugs were not thorough enough when it came time to cover their tracks. Podesta saying he wanted to “make an example of the leaker” is a huge smoking gun.”

The post went on to claim that a “smoking gun in this case is out of the hands of the conspirators” which has resulted in near “open panic” in DC circles.

“The behavior is near open panic. To even mention this name in D.C. Circles [sic] will bring you under automatic scrutiny. To even admit that you have knowledge of this story puts you in immediate danger.

If there was no smoke there would be no fire. I have never, in my 20 years of working in D.C. Seen [sic] such a panicked reaction from anyone.

I have strong reason to believe that the smoking gun in this case is out o [sic] the hands of the conspirators, and will be discovered by anon. I know for certain that Podesta is deeply concerned. He’s been receiving anonymous calls and emails from people saying they know the truth. Same with Hillary.”

An Anon working in DC says that he’s seeing people in a panic like never before about #SethRich.

They know their about to be exposed. pic.twitter.com/wn9FiJ8ZrV

Meanwhile, Kim Dotcom has promised more information will be released on his interaction with Seth Rich by tomorrow.

I’m meeting my legal team on Monday. I will issue a statement about #SethRich on Tuesday. Please be patient. This needs to be done properly.

This raises several questions.  First, if Kim Dotcom knew that Seth Rich was, in fact, the WikiLeaks source, why is he just now coming forward with such information?  Second, while Seth Rich may explain the DNC leaks we still don’t know who is responsible for the “Podesta Files” which we’re certain will continue to be attributed to “Russian hackers.”

Which leads to the most improtant question of all: is this all just another fake news diversion, or is there more to the Seth Rich murder?