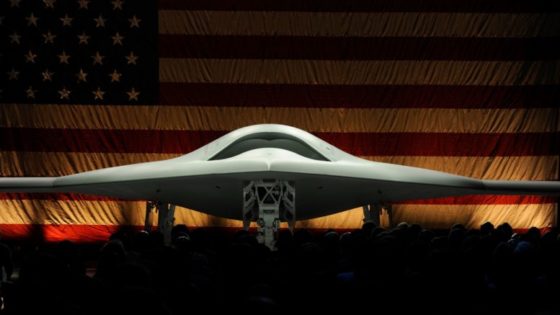 This report was originally published by Nicholas West at Activist Post

Just a little over 10 years after drone surveillance inside U.S. borders was declared a conspiracy theory, it is now an indisputable fact of life. So, too, are military grade drones along the “border,” which in reality constitutes a 100-mile-wide swath that encircles the continental United States and 2/3 of its population.

According to a new report from Defense One, this level of access is still seen as a restriction by the DARPA-directed military apparatus. As new forms of autonomous aircraft take to the skies such as the latest Blackhawk helicopter drones that could be ready by 2019, DARPA and aircraft developers want permission to fly over large cities as needed. Utilizing a new artificial intelligence system that is literally called MATRIX, developers see an opportunity for more flexibility in potential use. Of course, surveillance isn’t mentioned among those uses:

After that, similar to Predator drone maker General Atomics, they have their eyes on FAA certification to fly large, unmanned aircraft within the continental United States, to help ferry people and supplies from the mainland to offshore oil rigs, among other potential jobs. Today, large drones likes Predators are forbidden to fly over the U.S. except in a handful of largely unpopulated areas along the U.S.Mexico border.

The FAA is now figuring out how to change guidelines to allow unmanned planes and helicopters to fly over big cities. “We are working with the FAA on that. Our stated goal is 2030. It very much depends on rule making. We are certainly hoping for sooner, for the mid-2020s, to field it,” he said.

In that linked article sourced above, the long-range plans of converting military aircraft to drones and incorporating them anywhere and everywhere inside America is also detailed and expanded upon as a potential replacement for the already controversial use of police drones.

By 2025, enormous military-style drones – close relatives of the sort made famous by counterterrorism strikes in Afghanistan and Iraq – will be visible 2,000 feet above U.S. cities, streaming high-resolution video to police departments below. That is the bet that multiple defense contractors are placing, anyway, as they race to build unmanned aircraft that can pass evolving airworthiness certifications and replace police helicopters. And if that bet pays off, it will radically transform the way cities, citizens, and law enforcement interact.

We are now seeing various trends beginning to dovetail into what could become the ultimate in military presence over the United States. As I recently reported, new A.I. algorithms are being devised that look for emotional indicators in an attempt to predict crime and social unrest. The “Eye in the Sky” system, developed by Cambridge University, seeks to use small Parrot drones to identify “violent poses” in crowds. The system will be powered by biometric recognition and artificial intelligence, as seen in the video below:

Imagine a system like this being applied to the far more sophisticated military systems that already exist, then connecting all of it to the growing federal biometrics database.

I suspect that if the FAA does grant access to larger military aircraft over U.S. cities, it will be with the “strict guidelines” that no forms of surveillance or weaponry will be permitted onboard. Of course, once granted even the slightest access, all it will take is one catastrophic event to remove any restrictions at all.

Unlike many new industries, which grow unfettered until emerging problems prompt regulation, unmanned flight needs relief from existing restrictions in order to blossom, Scassero said. Once that happens, the market for large unmanned planes could be enormous.

For reference, here is what I wrote in 2013 regarding the long-term plans and eventuality that was also hinted at in the mainstream media at the time in an Associated Press article entitled, “Drones With Facial Recognition Technology Will End Anonymity, Everywhere.”

AP certainly offers a correct summary of how the databases that already exist (where we thought our personal information was protected) will be opened and utilized any time necessary.

“From seeing just the image of a face, computers will find its match in a database of millions of driver’s license portraits and photos on social media sites. From there, the computer will link to the person’s name and details such as their Social Security number, preferences, hobbies, family and friends.

Adding that capability to drones that can fly into spaces where planes cannot — machines that can track a person moving about and can stay aloft for days — means that people will give up privacy as well as the concept of anonymity.”

Naturally, the AP peddles this softly as it recounts these “new” developments in a tale of researchers with Carnegie Mellon University’s CyLab Biometrics Center attempting to assist in sharpening FBI images of Boston bombing suspects, the Tsarnaev brothers. This is reminiscent of the above-mentioned Chris Dorner manhunt where we heard calls for how nice it would have been to have a drone at the ready for quicker identification and possible assassination.

“In a real-time experiment, the scientists digitally mapped the face of “Suspect 2,” turned it toward the camera and enhanced it so it could be matched against a database. The researchers did not know how well they had done until authorities identified the suspect as Dzhokhar Tsarnaev, the younger, surviving brother and a student at University of Massachusetts Dartmouth.

‘I was like, ‘Holy shish kabobs!’ ‘ Marios Savvides, director of the CMU Cylab, told the Tribune-Review. ‘It’s not exactly him, but it’s also not a random face. It does fit him.’”

This astonishment is somewhat absurd considering that drones have already been developed that are equipped with camera systems like DARPA’s Autonomous Real-time Ground Ubiquitous Surveillance Imaging System (ARGUS). This sensor system can instantly see an area roughly the “size of a small city” with an “all-seeing” eye according to retired Lieutenant, David A. Deptula. The next generation of surveillance tech sees the landscape through a 1.8 billion pixels camera, the highest resolution yet created.

Using a touchscreen interface that can produce up to 65 windows for analysis, military observers can see down to the individual object level to track the movements of vehicles and people. Beyond the real-time surveillance, the system can store everything for future review right down to the minutes and seconds.

The only thing truly new about this Associated Press story is the announcement that what most people thought to be limited to overseas theaters of war will now definitely be used across Battlefield USA.

It would be wise to contact the FAA now with concerns about permitting military-grade aircraft flying over the United States for any reason in order to stave off the imminent arrival of “Battlefield USA.”

Free ebook How To Survive the Job Automation Apocalypse

Free ebook How To Get Started with Bitcoin: Quick and Easy Beginner’s Guide