DARK TIMES: Industry And Infrastructure Collapsing By The Day Across Europe And The USA 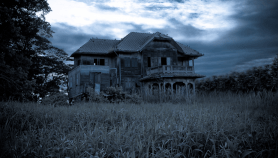 In yet another truly astonishing announcement that demonstrates the desperation of this hour, German steelmaker ArcelorMittal, one of the largest steel production facilities in Europe, has shuttered operations due to high energy prices. (See their announcement here, in German.)

“With gas and electricity prices increasing tenfold within just a few months, we are no longer competitive in a market that is 25% supplied by imports,” said CEO Reiner Blaschek.

This comes after announced closures of aluminum smelters, copper smelters, and ammonia production plants over the last few weeks. Ammonia — necessary for fertilizer — is now 70% offline in the EU.

Adding to the misery, in just the last 24 hours, Russia announced a complete ban on natural gas exports to Europe until the West’s economic sanctions are lifted. This means the Nord Stream 1 pipeline is now shuttered for the foreseeable future since delusional NATO countries are incapable of correcting their errors and backing down from Russia.

With steel and other industrial metals also offline, one wonders how Western Europe is supposed to function over the next six months of winter:

No steel = No industry (or industry jobs)

No fertilizer = No food

No natural gas = No electricity or heat

In essence, three of the pillars that allow a modern society to function are being severely crippled by economic sanctions and sky-high energy prices across Europe.

And it’s only the first week of September. The cold weather hasn’t even arrived yet. No matter how much natural gas is already stored for the winter, Europeans are facing both sky-high costs and scarcity on a level that hasn’t been experienced since World War II.

There simply isn’t enough energy available to power European cities and heat all the buildings this winter, and there’s not enough food in the pipeline to feed everyone in 2023, either.

The San Francisco Chronicle is reporting today that rolling blackouts may begin in California this evening. There’s simply not enough electricity to meet demand, so thousands of homes and businesses are going to be forcefully disconnected from the power grid. This is after the state begging electric vehicle owners to avoid charging their EVs from 4 – 9 pm. (Question: What happens if millions more Californians buy electric vehicles and plug them in?)

State officials anticipate needing 48,817 megawatts of electricity Monday, which would leave the state with a 2,000 to 4,000-megawatt deficit, according to the California Independent System Operator.

Ruh-roh. It turns out that dismantling the power grid infrastructure in order to appease left-wing greenies doesn’t keep the lights on. This must be incredibly confusing to the Leftists, given that they thought if all fossil fuels were shut down, a magical utopia would spontaneously emerge. Instead, they’ll be burning candles, cranking wind-up radios, and crapping in buckets when the water towers run dry due to the lack of electricity for the water pumps.

To combat the rising prices of electricity and food, Gov. Newsom has just signed a bill requiring fast food restaurants to pay as much as $22 / hour to workers. This is going to bankrupt many restaurants in California, worsening the lack of food options and job opportunities for locals. Via the WSJ:

“You can’t charge enough for food to offset what will happen from a labor perspective,” said Greg Flynn, president of Flynn Restaurant Group, which operates franchise brands in 44 states and owns 105 restaurants in California.

Mr. Flynn says he donated to Newsom’s political campaigns. It turns out you always get the tyranny you support. As long as oblivious Californians keep voting for Democrats, they’re going to continue collapsing into destitution and authoritarianism.

Where are all the people in Jackson, Mississippi crapping?

Don’t forget that the entire municipal water system has failed in Jackson, Mississippi, meaning there’s no water to flush toilets. It begs the question: Where are all the people crapping there?

If they’re crapping in the toilets, they have to hand-carry water to flush them. Where are they getting all that water?

Or maybe they’re crapping in buckets and tossing the contents in the backyard. That’s going to create a nightmare for the Health Dept and some interesting conversations among neighbors, especially when it rains again.

How are businesses functioning in the city if there are no working toilets? When locals need to get together for a meeting, do they ask to meet at the corner of Cholera and E.Coli? Seriously, at what point does all the feces become a public health issue reminiscent of a collapsed Third World nation like Haiti?

It’s all breaking down

All by design, globalists are decimating the pillars of civilization in order to cause collapse and depopulation. They are attacking:

The overarching goal is to exterminate the vast majority of the human population, then enslave the survivors.

The oblivious masses are going along with it, having no clue that if they took multiple covid jabs, they’re probably already dead.