Dangers of the Mob Mentality and the Coming Dollar Collapse

The following article has been contributed by Craig Hasten of The Warning Signs, a web site which provides regular commentary on identifying the signs of collapse and what you can do to prepare now.

SHTF Plan Editor’s Note: In the following article, Craig puts forth the very plausible suggestion that what we are seeing unfold in Egypt and throughout the Middle East could become reality here in America. At the onset of the crisis in 2008, those of us who discussed continued economic malaise and the global problems to come were branded as tin foil hat wearing conspiracy theorists, but many of the forecasts we made are coming to pass: Riots in the streets, insolvency of global financial institutions, sovereign debt defaults, rising unemployment, higher food costs, lower wages, and ever increasing values of hard assets in terms of paper currencies.

Though political uprisings and protests are, for the time being, isolated to the middle east and some smaller European countries, as governments and the power elite continue their interventionist policies of wealth destruction of the middle class and enrichment of the aristocrats and corporate powerhouses, we can expect to see the system as we have come to know it progressively deteriorate. As Craig rightly points out, the people can only take so much, and when austerity measures (forced spending cuts) take hold and inflation begins to run rampant, the people will get poorer. Craig asks, “What would happen if the welfare, food stamps and unemployment payments ceased?” What would people do if the dollar collapsed and commerce came to a stop because of looting and the public’sÂ  inability to procure goods through the use of our existing currency system? I think most of us know the answer.

At this point, the coming collapse of our currency, our inability to pay our debts, and the trillion dollar burdens of entitlement programs cannot be stopped. Hard times are imminent – for millions, they’re already here. While concerned Americans can continue to work to change the system for the better, it is clear that the coming tidal wave of disaster cannot be stopped. Millions of our fellow Americans will eventually take to the streets, because they simply didn’t see it coming and won’t have any other choice except to make choices that they would abhor today. The only thing you, as an individual, can do is prepare for the worst, and do it now. Be prepared to depend on yourself, family and close friends during this coming period of “restructuring,” as Craig refers to it. If it happens, and we believe that the warning signs all point to this possibility becoming reality, it will be chaotic, violent and dynamic, meaning you need to expect the unexpected. 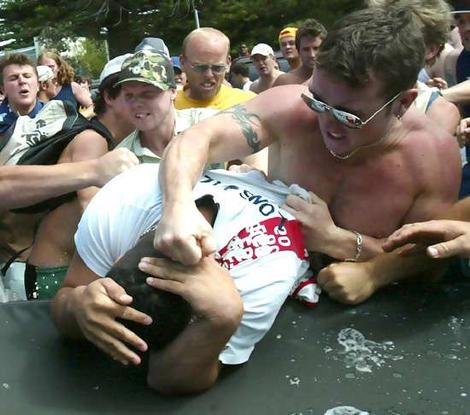 How sad it is to see what is playing out in Egypt. What turned out to be an uprising for new leadership which had support from the rest of the free world, has now turned into a post Katrina nightmare. The initial energy of the protests which had originally been channeled in a positive way has been derailed by the ugliness of a mob mentality.

The latest wave of violence has been most notable for the widespread looting, indicative of the scale of the breakdown in law and order. Yesterday mummies in the country’s national museum were destroyed by looters attempting to steal the treasures of King Tutankhamen. One statue, believed to be of Tutankhamen, was broken into two pieces by the thieves, although officials said they hoped to be able to repair it.

Gangs of thugs have cleared out supermarkets, shopping malls and stores, as well as luxury homes and apartments in affluent residential areas in the suburbs. Gangs of armed men attacked at least four jails across Egypt before dawn today, helping to free hundreds of Muslim militants and thousands of other inmates as police vanished from the streets of Cairo and other cities.

Watching these events unfold, I can only wonder how a crisis of this magnitude would play out in the United States. How many people would be prepared if the infrastructure of our country came to a halt? What would happen if the shelves at the grocery stores were empty because trucking lines halted deliveries for fear of the mobs of looters? What would happen if the welfare, food stamps and unemployment payments ceased? What would happen if the mob came down your street, going door to door, taking whatever or whomever they choose? Would you be prepared for the ugliness that would descend upon you and your loved ones? We all saw how quickly society can break down during the Katrina disaster. In a matter of hours New Orleans went from normal, to post-apocalyptic, something the residents in that city never dreamed could happen to them. So I say to you….ARE YOU READY?

Due to the monetary policy of our government you are seeing a rapid decline in the value of the US dollar and it is only going to get worse over time. With 14 trillion dollars of debt the US is swimming in a sea of red ink. It is only a matter of time before the US is forced to default on this debt and we experience a collapse on the dollar. Now, I am surely not suggesting that this will be the end of the US as a nation, but merely a period of restructuring. This period will be nothing more that the country going to bankruptcy court to relieve themselves of the debt that it is drowning in, which will be good for the country but very hard on it’s citizens.

Sit back for a moment and imagine how well the government would function if this scenario plays out. Our government has a hard enough time functioning when times are good, imagine the chaos during a default. For starters, all checks written by the government would stop. Once again, sit back and ponder that for a minute. How many government employees would show up for work if they were not sure if they would be getting paid? A lot of services you take for granted would cease immediately.

Now what do you think is going to happen when the welfare, unemployment and food stamp payments cease? How long do you think it will take for the mob mentality to surface? I am going to bet that you will see post Katrina mob mentality within hours of the government announcing their intentions of defaulting. I say this because when this happens all banking and credit card transactions will stop meaning you will not have access to money in any form. People will realize that the food and other essentials in their possession is all they have and they will realize that they are not prepared for the uncertain times ahead. Needless to say, things will go to hell quickly! People will be desperate for food, water and other basic necessities and desperate people do desperate things.

I believe that the US will almost certainly be forced to abandoned the dollar and form a new currency. I foresee this new currency being strictly electronic at first since there will not be time to print and distribute the necessary amount of money needed for a full currency conversion of all paper dollars in the public hands. Eventually you will be able to convert the old dollar into the new currency but I think this will be several months down the road.

I realize that 99% of those who will read this will dismiss me as a tin foil hat wearing nut job and I’m fine with that. As long as I and the other 1% heed my warning and take the necessary steps needed to prepare themselves for a time of crisis I will be happy.