Cyber Attack May Be To Blame For Deadly Amtrak Crash: “It’s Unclear Whether the Speed Was Increased Manually” 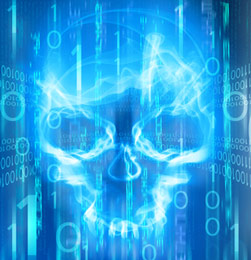 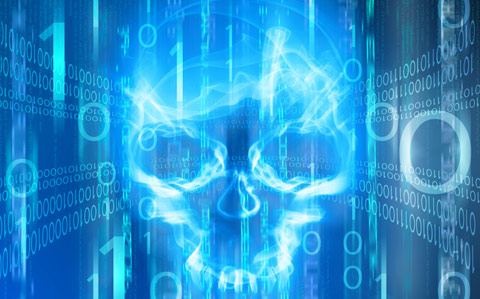 The Amtrak crash earlier this week that left eight people dead and scores injured remains under investigation by the National Transportation Safety Board.

According to Philadelphia Mayor Michael Nutter there is no rational reason for why the train would have sped up to 106 miles per hour in the immediate seconds preceding the crash.

“I don’t think that any commonsense, rational person would think that it was OK to travel at that level of speed knowing that there was a pretty significant restriction on how fast you could go through that turn.”

Brandon Bostian, the engineer in the cab of the Amtrak engine at the time of the incident was reportedly not using his cell phone, not drinking, and not under the influence of narcotics.

“He remembers coming into the curve. He remembers attempting to reduce speed and thereafter he was knocked out,” said Goggin. He said Bostian’s cellphone was off and stored in his bag before the accident, as required. Goggin said that his client “cooperated fully” with police and told them “everything that he knew,” immediately consenting to a blood test and surrendering his cellphone.

Bostian’s friend Jason Ksepka told Action News, “He was always just a very nice guy. He was always looking to help people and be part of a supportive group and supportive community.”

Amtrak says that the new high-tech engine had been put into service a year ago. The speed of the engine can be controlled manually by a throttle lever and requires the engineer to push a red button several times every  minute to confirm they are paying attention or else it goes into an emergency shutdown mode.

By all accounts thus far, Bostian did not manually increase the speed of the train, leaving only two possibilities.

Or its network was compromised by a cyber attack.

But Prof Stupples – an expert in networked electronic and radio systems at City University in London – said if someone hacked into the system they could cause a “nasty accident” or “major disruption”.

“It’s the clever malware [malicious software] that actually alters the way the train will respond,” he explained.

“So, it will perhaps tell the system the train is slowing down, when it’s speeding up.”

To be clear, there is as of yet no evidence that the train’s computer systems were hacked or that terrorism is to blame, a statement currently backed up by law enforcement officials:

A U.S. law enforcement official told CNN that so far, there is nothing to indicate the incident was an act of terrorism.

Whether this was a deliberate act remains to be seen, but given that the government is often hard-pressed to admit terrorism – think Benghazi and the Fort Hood shootings – a cover up with Bostian as the convenient scapegoat is not out of the question.

Moreover, as evidence of just how susceptible modern, high-tech train systems are to computer “malfunctions,” consider that just a couple of weeks ago in Mexico a similarly advanced train rear-ended another that had been stopped at a platform. That collision left 12 people injured with witnesses claiming it had sounded bigger than thunder at the time of impact.

While we can’t completely eliminate human error as a possibility, Brandon Bostian is reportedly well trained, has no mental issues that we know of, and was not in any way distracted at the time of the accident.

For Amtrak or the government to admit a cyber attack is or could be responsible would certainly send panic across the country for the millions of commuters who use public railways.

But as has been demonstrated in the last several years, pretty much anything with a networked computer system is susceptible to hacking.

747 passenger airlines, for example, have been found to be susceptible to having their engine control systems hacked via passenger entertainment consoles:

It appears, however unlikely it sounds, as if it may be possible to hack into the engine-control systems of some Boeing 747s through the passenger-accessible entertainment system.

According to security specialists, hackers have compromised everything from the Pentagon’s military systems and President Barack Obama’s emails, to oil refineries and watery utility plants.

The threat is real and with Amtrak’s latest train engine systems being highly advanced on a technical level, it is quite possible that a cyber attack of some kind if to blame.

We’ve previously reported that America’s transportation systems are not secure and would serve as an optimal target for rogue or foreign hackers, as the fall out from such an attack could literally paralyze the entire country for days or weeks.

Can you imagine the panic it would cause across the nation if the public were to find out that cyber attackers were responsible for the Amtrak crash?