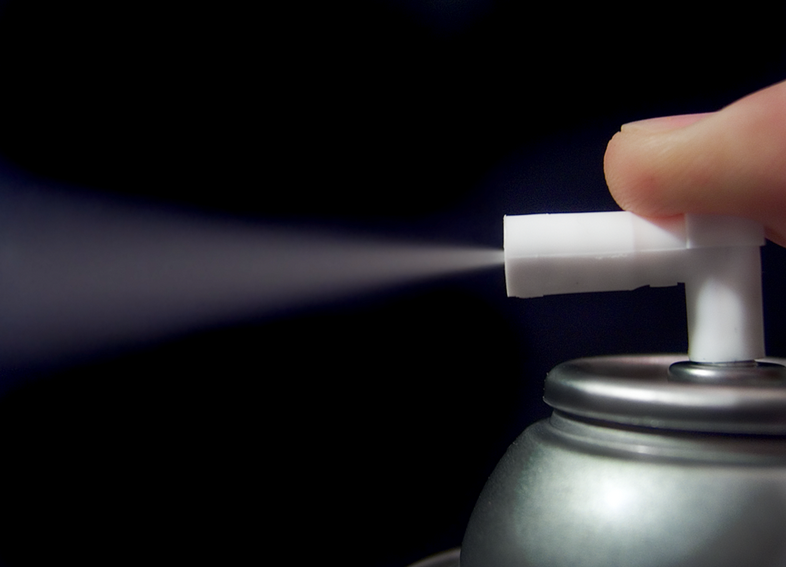 This one is downright eerie – and it sounds like a plot hatched by Jack Nicholson’s Joker, releasing deadly gases disguised inside of benign household products. As conspiratorial as it gets.

While pranksters were behind a slew of fake phone calls to Congressman, including a set-up with Sen. John McCain from two Russians posing as the Ukrainian PM, a more serious prank has been attributed to the circumstances that lead to the mysterious death of Kim Jung Un’s half brothers – who was killed a few days ago in Malasia.

Speculatively, Kim Jong Nam may have been targeted by his own estranged half brother, though he is not a rival to Kim Jung Un’s power, as subtle and bizarre reasons have often been attributed to political killings in North Korea. On the other hand, it may have been foul play from a criminal organization or CIA plot.

At any rate, the creepiest part of this eerie murder was that the two young women who responsible for his death after spraying aerosol cans that released toxic fumes inhaled by Kim Jong Nam immediately before his death – they reportedly believed they were taking part in an viral video prank, and had no idea was they were really part of.

Following the news that Kim Jong Un’s estranged brother, Kim Jong Nam, was assassinated in Malaysia by two women using an aerosol spray, new details have emerged about the alleged assassins and their motives. The two women told police they believed they were playing roles in a viral video prank, which they hired to participate in for $100 each.

Heat Street revealed Thursday that one of the alleged assailants identified herself to Malaysian authorities as a Vietnamese Internet personality with a YouTube channel. On Friday, police told The Star newspaper (via The Australian) that new CCTV footage taken the day before the assassination showed a group of the same six people implicated in murder wandering around Kuala Lumpur International Airport. It may be evidence of a “dress rehearsal” for the assassination of Jong Nam, who was set to travel to his home in Macau the next day.

Siti Aisyah told police that she was approached in a night club in Kuala Lumpur, where she works, and offered $100 to take part in the prank. Like Doan, the Indonesian says she had no knowledge that she was taking part in an assassination and was not aware of who Kim Jong Nam was.

It took only five seconds of inhaling the toxic substance for Jong Nam’s fate to be sealed. He died en route to the hospital after he sought help from the airport clinic.

While other accounts cast more presumptive suspicion on these two women, and the other four people they were seen with the day before, the idea that they were unwitting vectors of death is unsettling to say the least.

What could be more scarring and traumatic than finding out you played a role in causing someone’s death while taking part in a scheme of which you were not aware.

Another account indicates that these women may have instead injected needles into him – which would indeed color the story quite differently, if true:

Media reports tell of the ‘casino loving half brother’ walking through the airport in the capital city of Kuala Lumpur Monday morning, when the two women plunged ‘poison needles’ into his body. (source)

Police are still investigating, obviously, and it remains to be seen whether or not their story checks out, and Malaysian officials are so far refusing to the return the body to North Korea unless the Kim family submits a DNA sample to match to the body.

There is little doubt that a rogue leader with as much petty power and cartoonish ruthlessness as Kim Jung Un could get to any one of his internal rivals in hundreds of ways. The traditional style of rule in North Korea has long been unpredictable, sudden assassinations designed to discourage subterfuge, and breed suspicion to keep up appearances and stay in line at all costs.

But given that they have insisted that they were merely involved in making YouTube prank vids, it seems that their prank suffered some deadly blowback.

As Jack Nicholson made clear in the 1989 Batman film, it would be far too easy to get to someone with a disguised and seemingly harmless object.

As for why Kim Jong Nam was killed, it seems most likely that it is accounted for by classic sibling rivalry and palace intrigue, despite the fact that Nam was living in exile and seemingly unlikely to challenge his brother’s power.

According to the Economist:

Since the 30-something Kim Jong Un came to power, he has consolidated power by executing about 140 senior officials, most notably his uncle and security chief, Jang Song Thaek. Yet exile had typically been the fate of members of the Kim family who had fallen out of favour. Kim Jong Il’s half-brother, Kim Pyong Il, was sent abroad on never-ending diplomatic service, for instance.Some say Jong Nam was sidelined by Jong Un’s mother and her family … As a political irrelevance, [Nam] had seemed likely to survive Jong Un’s purges.

Wild rumours had circulated in the South Korean press that Jong Nam had conspired against his brother with Jang. Jong Nam had been close to Jang, who was his escort during his school days in Switzerland. But Michael Madden, who runs “North Korea Leadership Watch”, a blog, says tales of fraternal hostility have been overdone.

It is possible that Jong Nam was involved in financial dealings that Jong Un wanted to wind up. Some suspect he was laundering money through Macau’s casinos. Mr Madden says he had ties with Office 39, a department that seeks foreign income for the Kim regime through illicit means. More likely, however, is that Jong Nam simply irritated his half-brother by criticising him. Mr Gomi quoted him as saying Jong Un would “not last” as leader.

If North Korea’s cut throat politics is this sophisticated and deadly, how can we be surprised at the levels that the CIA and deep state have gone to in countering President Trump’s seat of power; the orchestrated coup that ousted Gen. Flynn is just the icing on the cake so far. There are hundreds of micro-coups going on as they battle for dominance, and chances are, we haven’t seen anything yet.

There is perhaps nothing that some of these power hungry types wouldn’t stoop to.

With a slew of fake news items that are designed to preempt, undermine or creep out world leaders and populations alike, and a dirty tricks across the board, it is high season for political sabotage, stunts, moves and counter moves.

Why Was A Mysterious Navy Plane Conducting “Secret Electronic Command/Control Drill” Over Denver?