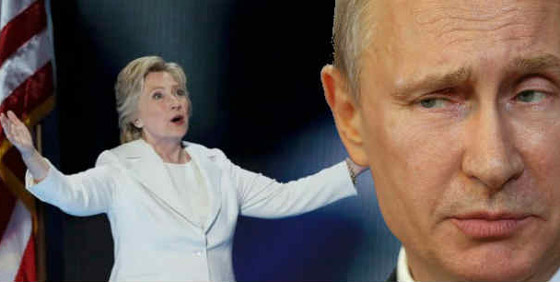 We have already seen a tremendous amount of finger-pointing by the mainstream media (MSM) at the alternative/independent news media of being “complicit with Russian propaganda” regarding the presidential election.  SHTFplan.com and several hundred other websites and blogs are implicated by the MSM as taking orders directly from Russia.

I take artistic license and hereby dub the MSM as being “Marxist State Media,” with the term being inclusive of the Television and Newspaper outlets.  The term also includes the endless online Marxist proselytizing found on Facebook, Google (Zuckerberg owns it; therefore, Zuckerberg directs it), and other sites in the name of “social justice” or “benefit to the community.”

The Democrats have already accused Russia of tampering with the election.  As pointed out in other articles, the DHS (who nobly “volunteered” to help the states monitor the elections) said that tampering occurred.  Now we have a challenge to the electoral votes and the popular vote by Jill Stein, of course supported by (driven by) Hillary Clinton.  Of course, the Russians were prohibited from monitoring the election, threatened by the Justice Department with potential charges if they did so for “tampering with the election.”

So, the Russians were prohibited from monitoring the election for tampering while simultaneously accused of tampering with it by the Democrats – those who really tampered with it.

To further take the narrative, an open question is posed for you, the Readers: Have you noticed an increase in the claims of “hacking” and “security issues” with the major websites?  Please share with us your experiences, if such is the case.

Yahoo is adamant about “changing your password and increasing your security.”  They want to verify your telephone number ad infinitum.  Why?  Why all the sudden increased “security” measures?

I’ll tell you why: Since the ICANN takeover in October of this year, the whole Internet is in “disarray,” (uncontrolled) and these engines must “feed” the Chinese data on 320 million Americans…passwords, telephone numbers, etc. …so that the Chinese and the rest of ICANN can put the screws to us.

But wait, there’s more: by setting it up to look as though the whole United States Internet infrastructure is “compromised” and “unsecured,” they can craft this, spinning it within the fabric of the narrative to tie in with the voting machines to claim the whole election was hacked and compromised.

I’m going to cite the original page of Yahoo’s entitled “Account Security Issue FAQ’s,” searchable at https://help.yahoo.com that “confronted” me a couple of days ago.  Here’s a quote that I find very interesting, and this is just one small example from Yahoo, mind you, as such:

“We have confirmed, based on a recent investigation, that a copy of certain user account information was stolen from our network in late 2014 by what we believe is a state-sponsored actor.”

They are doing this to implicate Russia as the “state” and the never-caught, always-anonymous hackers as the “sponsored actors.”  The problem is the “state” in this case, is either the Democratic party or the United States government, and the “actors” are their hackers, paid for by U.S. taxpayer dollars fleeced from the never-ending herds of uncomprehending beeves buying to the limit of their credit cards.

There were many examples of voter fraud as well as computer “malfunctions” and “problems” with many voting machines.  In order to further build a case for a recount and a challenge, Clinton must craft this narrative of an omnipresent problem with hacking throughout all of the Internet and related systems.  Furthermore, the Clinton machine must tie it in to Russia.

They’ll kill two birds with one stone and hand all of our data to the Chinese while they create this storyline of a hacked U.S. presidential election.

So, we welcome any comments or personal experiences you have similar to my own with the “increased security” narrative perhaps pushed on your e-mail, bank account, cell phone, or other connected electronic device or gizmo you may have.  While we are taking this into account, let us not exonerate the Republicans from any of this, as Bush Jr. laid the groundwork for the totalitarian measures that will come eventually, as with the John Warner Defense Act of 2006.

Also, recall it was Petraeus that marveled at the “internet of things” who is now being considered for Secretary of State under Trump.  State sponsored actors?  You can bank on the fact that any action of the State is an act, performed by actors, liars, and charlatans.  The problem is that the curtain does not fall on their act, but instead falls on us, and we have to reap the whirlwind from their performance.  Pre-campaign and post-campaign are two completely different productions with the latter’s “script” usually negating that of the former either in part or in total.

The audience will clap loudly and smile dumbly, congratulating the actions without ever comprehending that they, the audience, was just another prop used to further their own narrative.  The show must go on, and we have not seen the end of the election showdown as the challenge is underway.  Let’s just hope Clinton doesn’t steal the show and continue with a four-year sequel to Obama’s “American Destruction” in two four-year acts.

Behind The Scenes: “A False Flag Event Is Just Around The Corner And These Marxists Are Setting It Up”