Cornoavirus: The Deadly Virus Could Have Come From A Chinese Biowarfare Lab 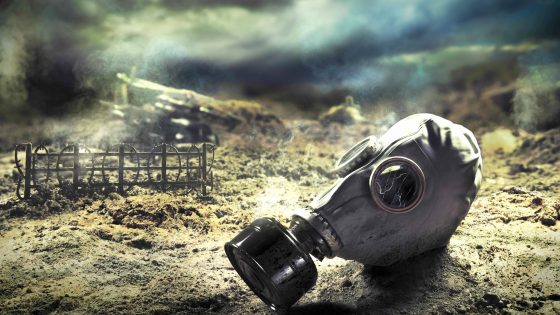 The coronavirus could have come from a Chinese biowarfare program.  Originally, mainstream media reported that snakes were the likely culprit, however, some speculation is that it could be a bioweapon leak of sorts from a Chinese laboratory.

With the outbreak spreading rapidly around the globe, some are speculating that the origins of the coronavirus are a biowarfare lab in China. There is a laboratory in the city of Wuhan linked to China’s covert biological weapons program, said an Israeli biological warfare analyst, according to The Washington Times.

Radio Free Asia last week rebroadcasted a Wuhan television report from 2015 showing China’s most advanced virus research laboratory, known as the Wuhan Institute of Virology. The laboratory is the only declared site in China capable of working with deadly viruses. As such, Dany Shoham, a former Israeli military intelligence officer who has studied Chinese biological warfare, said the institute is linked to Beijing’s covert bio-weapons program.

“Certain laboratories in the institute have probably been engaged, in terms of research and development, in Chinese [biological weapons], at least collaterally, yet not as a principal facility of the Chinese BW alignment,” Mr. Shoham told The Washington Times.

Work on biological weapons is conducted as part of dual civilian-military research and is “definitely covert,” he said in an email. –The Washington Times.

Shoham is a doctor of medical microbiology.  From 1970 to 1991, he was a senior analyst with Israeli military intelligence for biological and chemical warfare in the Middle East and worldwide, holding the rank of lieutenant colonel.

“In principle, outward virus infiltration might take place either as leakage or as an indoor unnoticed infection of a person that normally went out of the concerned facility,” Shoham told Newsmax. “This could have been the case with the Wuhan Institute of Virology, but so far there isn’t evidence or indication for such incident.”

Regardless of where it came from, it is spreading and it is deadly.  Precautions can be taken, though.