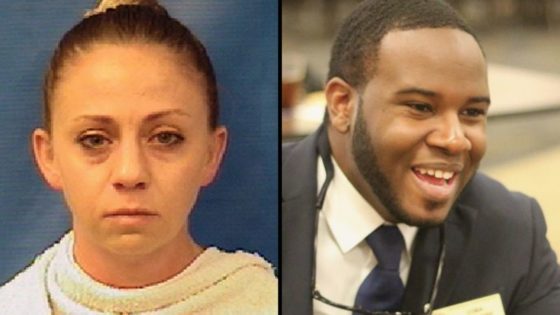 This article was originally published by Ryan McMaken at Mises Institute

When advocates of gun confiscation complain about “guns” and say “no one needs a gun for x” all they are really saying — whether they understand it or not — is “I want only cops and soldiers to have guns.”

While gun control advocates often claim to be suspicious of police power, logic dictates that the gun-confiscation position is simply the position that only government employees should have guns. Similarly, more mild gun-regulation positions are designed to increase the coercive power of government over the taxpaying citizenry, and to lessen access to private sources of self-defense — thus increasing private-sector dependence on government police for “protection.”  The gun-regulation position is premised on the idea that only the police can really be trusted with gun ownership.

And what a terrible position that is.

Richard Black could tell us more about this. Were he still alive today. After Black killed a home intruder in self-defense, he called the police. Sometime later, the police showed up and shot Black dead in his own home.

The dead victims of the school shooting in Parkland could tell us more also. When sheriff’s deputy Scot Peterson — who was specifically supposed to provide security at the school — was faced with an armed intruder, he ran away and hid.

And now we hear about the case of Amber Guyger. Guyger is the police officer who confused another man’s apartment for her own. She trespassed on the man’s property, saw his “silhouette” and then open fired. Her victim, Botham Shem Jean, died.

In cases like these, police could not be counted on to use firearms appropriately — or they failed to use them to defend the innocent.

Moreover, this latest case serves to illustrate, yet again, the enormous double standard that is employed when police behave in ways that any private citizen would be roundly and viciously denounced for. Were a private citizen to do what Guyger did, his actions would be provided as more evidence that private ownership of guns ought to be curtailed.

Guyger has claimed in her defense that she “gave verbal commands” to her victim before she shot him.

That this should even be considered any sort of “defense” requires a special kind of deference to government. But this is how police officers and their defenders think. If a normal person is woken or surprised in the middle of the night by an intruder with a badge, the victim is supposed to know — by magic, apparently — that the intruder is a police officer and then do what you’re told. Never mind that the person might just be claiming to be a police officer.

For police of course, private citizens are always supposed to respond calmly and obediently when screamed at by multiple police officers. Often, the victims receive conflicting orders from police.

Similar rules do not apply to police. Police — we are told — “must make split-second decisions under extreme pressure. “In other words, if the police make a poor decision under pressure, they’re heroes who did what had to be done. If a private-sector taxpayer like Richard Black makes the “wrong” decision? He deserved to die.

The law reinforces this view as well. It is extremely rare for a police officer to be prosecuted for gunning down unarmed victims. In the Black case, the police chief has already blamed the 73-year old war veteran for his own killing. The chief’s reasoning? Black, who was hearing impaired, should have responded faster to verbal police commands. Case closed.

Even when a trigger-happy police officer is brought up on charges, the law is written in such a way as to make it extremely hard to thread that needle. Members of the jury are easily browbeaten into coming down on the police officer’s side. We saw this in the case of Daniel Shaver, an unarmed man who was crawling and begging for his life when gunned down by police. Police officer Philip Brailsford was so fearful of this weeping, trembling man on the ground that Brailsford just couldn’t keep himself from opening fire. The jury’s verdict? Not guilty.

What If a Private Citizen Did the Same Thing?

But imagine if a private citizen did what Guyger did. If a private citizen trespassed into someone’s house, screamed at the residents, and then opened fire — regardless of the details in the case — we all know what would happen.1 We’d all be told we need to have “a national conversation” about how there are “too many guns” in private hands. If the whole thing were shown to be an accident, pundits would endlessly be quoting statistics designed to make it look as if guns in private hands lead to countless accidental shootings. But since it was a police officer who did the shooting, we’ll hear about none of this. Why? Because gun control does nothing to control the use of firearms by police. Although we’re repeatedly told that guns in private hands lead to spades of accidents, mistaken shootings, and overly-aggressive gun owners, none of this applies when that gun is in government hands. Then it’s all just unavoidable. It’s never a problem with the guns themselves.

And the double standard doesn’t stop with the media. Were the roles of Jean and Guyger reversed, the response by criminal-justice officials would be totally different. A person who trespassed into someone else’s home and started shooting — even if totally accidental —  would be arrested immediately. A plethora of charges would be aggressively applied to the defendant, ranging from illegally discharging a firearm to criminal trespass to second-degree murder.

In Guyger’s case, she isn’t even arrested at the scene, and so far she only faces manslaughter charges. The Texas Rangers have handled her with kid gloves, allowing her to turn herself in at her convenience. All her statements to the police have been treated as indisputable facts — and not as the claims of a person who breaks into people’s homes and starts shooting. Attorneys who have read the arrest warrant are saying that, given the way it is written, law enforcement clearly thinks it’s all just an accident and “the Texas Rangers were careful not to implicate Officer Guyger.”  It’s the usual “professional courtesy” of the Thin Blue Line. There is one set of laws for government agents. And another set of laws for the taxpayers who pay all the bills.

Guyger’s chain of mistakes in this case belies the pro-gun-control argument that police ought to have a monopoly or near-monopoly on firearms because private citizens can’t be trusted with weapons. These ordinary people are too likely to be mentally unstable, too trigger-happy, or too lacking in training to be allowed to own firearms.

But who is to defend us from the mentally unstable or poorly-trained police officers? Or perhaps from the ones who are too distracted or unintelligent to figure out which apartment is theirs?

It is precisely this sort of thing that led to the infamous Indiana law which explicitly states that it is not a crime to defend ones self from an abusive police officer — even using deadly force if necessary. That law was a response to an Indiana Supreme Court decision which stated that “there is no right to reasonably resist unlawful entry by police officers.”

Amber Guyger will benefit form this sort of judicial thinking if her case ever goes to trial. The deck in stacked in favor of the government and its law enforcement arm. It’s not a coincidence that government judges too often side with government police. They all work for the same organization — and they all live off the sweat of the taxpayers who have very little say in the matter. Moreover, courts have ruled that police have no obligation to protect the citizenry. Thus, “officer safety” is priority number one.

At this point, the details of Guyger’s motivations and actions remain vague. But let’s assume it was just an innocent mistake. There’s not much comfort there since we’ve already seen the double-standard — even in cases of accidents — employed for police shootings and shootings by private citizens. The definition of “innocent mistake” varies widely between police officers and everyone else.

But could anything have been done to change the outcome in Jean’s apartment? Even once we know the details, it will be impossible to say — and there’s no way to assume that Jean would have successfully defended himself with a firearm in this case. But what if Guyger had missed at first? Botham Jean would have been perfectly rational to retreat, grab a gun, and then return fire. Then Jean might at least had a chance.  After all, what reason had he to believe she was a police officer beyond her uniform? It’s not as if imposters can’t buy those. And even if Jean had believed she was a police officer, he still would have been within his rights — morally speaking — to shoot her dead.

Few who know the realities of real-life violence would see this is a “good” alternative — but it’s hard to see how this is any worse than a reality in which police can shoot innocent bystanders without any fear of self-defense on the part of the citizenry. For gun-control advocates, however, this is all too messy. For them, it would all be much more neat and tidy to make sure that private citizens like Jean have no access to the tools of self-defense. “Why you just want the Wild West!” is the typical refrain. The implication is that in a “civilized” society, these sorts of “shoot-outs” should never happen. Apparently, being shot dead while defenseless by a government-employed home intruder is the preferred “civilized” alternative — and only when we all learn to embrace this sort of untrammeled police power will we all be “safe.”

Ryan McMaken (@ryanmcmaken) is the editor of Mises Wire and The Austrian. Send him your article submissions, but read article guidelines first. Ryan has degrees in economics and political science from the University of Colorado, and was the economist for the Colorado Division of Housing from 2009 to 2014. He is the author of Commie Cowboys: The Bourgeoisie and the Nation-State in the Western Genre.