Collapse Survivor On The Reality Of Killing And Violence: “Killing Is A Nasty Job…”

Editor’s Note: One of the most well informed and insightful preparedness resources you can tap to understand what is really necessary in order to survive a worst case scenario such as a total collapse of the system or a civil war-torn region is Selco of SHTF School. During the Balkan war of the 1990’s Selco was trapped and surrounded in a city where he spent One Year In Hell. People fought and died on an hourly basis over food and basic supplies. And when they weren’t fighting with each other, they were fighting those who were sent to ethnically cleanse the population. It was, by all accounts, a complete breakdown of a system and it happened almost overnight. One day people were sitting around in cafes drinking coffees and talking about the seemingly unimportant aspects of daily life… the next day they were being bombed, sniped and executed.

In the following article Selco delves into a topic that many understand may become a reality, but one that is difficult to comprehend for those of us who have lived a life of relative peace.

When your very survival hangs in the balance, killing and death become a regular occurence. From his own experiences, the SHTF School founder shares his views on the matter… 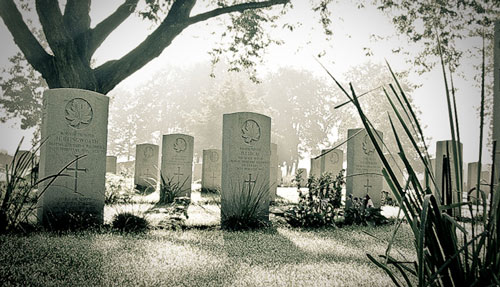 3 Things You Need to Know About Killing
By Selco (SHTFschool.com)

There are few things to understand if you are forced to kill someone or in if someone is trying to kill you.

Most of the people are unaware of them but it is important to understand them.

As I said many times before, most people simply did not face real violence before. I mean killing or fighting for life. That’s good because we live in society where those things are not needed.

On the other side, from the point of survival if you did not went through serious violence before you lack that experience, you do not really know what to expect when SHTF So…

People are easy to kill or people are hard to kill?

Guess what? Both of the statements are actually true. How?

It is simple, first forget about movie scenes where people are flying 10 meters back when you shoot at them with your handgun.

Not too much flying there, when you shoot man from close distance couple of things can happen.

In some cases he just flop (collapse) down, and that’s it. He is gone. And most interesting thing from that experience is sound of his collapse. It is sound like some big bag of something full of wet stuff and some solid elements goes down. Pretty much what our body is.

It is special sound, and you willa remember it to the rest of your life.

Let’s say here that right placement of the shot, right distance, numbers of shots, and your training and calmness brings makes this happen.

In another case, you may find yourself in situation where attacker is coming to you, rapidly closing, you keep firing at him, distance is pretty close, and nothing happens… he is still closing, you shoot and shoot, you are screaming or you just think you are screaming, something loud keeps exploding in your ears, and you are not aware is that your gunshots or what, you are not even sure are guns being fired at all, maybe something is wrong with your gun “other guy’s eyes are getting closer and he is having a knife, he is huge, shit what is going on? Am I going to die? God? Mom?”

And then he is down.

Was that a guy that was hard to kill? Yes, later you figured that you shot him like 6 or 7 times, but not in correct places, he was huge, adrenaline made him forget the pain so…

Both examples are real experiences. There are so many factors that play into this…

So what with the questions about are folks easy or hard to kill, I suggest simple formula, if you are forced to kill someone, consider the fact that it takes lots of factors to be in right place to achieve that, but if if you are in situation when someone is trying to kill you act like it is very easy to get killed.

Long long time ago, when I was beginner in some things, and when I did not know anything about violence, and it was very clear that I will face violence, one old dude gave me advice about similar things, he had pistol with one extra mag.

I asked “Both magazines?”

He said “First two bullets should do the job, but you just go and empty magazines at him”

Huge topic. But lets just say that it will happen, without going too deep into philosophy. Lots of the violence will be “understandable” in a way, when SHTF. Fighting for food, water, land etc. And as a survivalist you need to be prepared for it. It makes sense to expect it.

But lots of people will have problems to accept violence that will happen without real reasons.

In fact, as I mentioned before, there are huge number of people who are waiting for SHTF to happen and to get violent without real reasons. Murdering, torturing, raping, imprisoning…

You may call them sick people, which they are of course. But more important is to understand that today they are folks who drink beer in local park, or guys with who you watch football games sometimes.

Or simply your peacefully looking neighbour. When SHTF, all kind of scum crawls out of their holes. So accepting violence in general is hard, it is easier when some people at least have some reasons but you can not expect this to be the case always. Prepare your mind for this.

You may have luck to live peacefully after seeing, experiencing or committing violence. Maybe you are built for that. Maybe you are what people call “strong man” inside and outside or only on one side.

I think I remember each man who died in front of me or next to me. I remember sounds, smells, pictures.

I forgot names and years, dates or places. But I remember moment when life goes from the eyes of dying man. Or deep last breaths from several people. Or simply smell of defecation when man is gone.

Few times I thought I felt something like weird sensation, couple of seconds after men’s last breath, something like I could felt his soul is leaving him.

Or I simply felt my adrenaline eruptions, or maybe I was losing my mind for a moment, who knows?

With time you learn to cope with those things, to watch people die, either people you loved, or people who die from your hand.

There was urban myth, that one officer from the army was asked something like “Captain, these young guys that we just killed in huge numbers, there are still kids left, they do not know anything, what do we do with them?”

Officer said “We do what we do, it is our way of life”

It is death. And you simply need to cope with it.

On Stopping Power: “I Have Seen and Been in Lots of Gunfights in Real Life”

On Riots: Do Not Go Out: “You Do Not Prepare to Be a Hero… You Prepare to Survive”

“Nature is Brutal… Everyone’s Life is In Danger”

“You Have Two Choices – Fight To The Last or Run”

Decision Making in Survival Situations: “He Died Because He Made the Wrong Decision Under Pressure”

“Many Preppers Will Die”