Consumer prices in the United States have surged higher while wages have fallen for the 15th straight month. This cannot go on forever, and a major economic collapse is on the way. 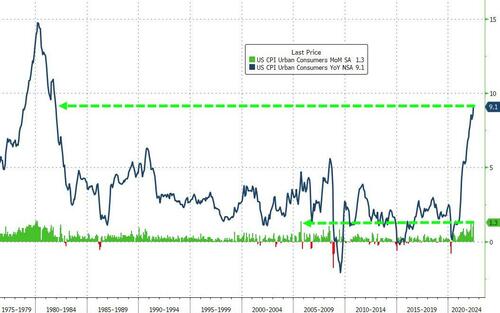 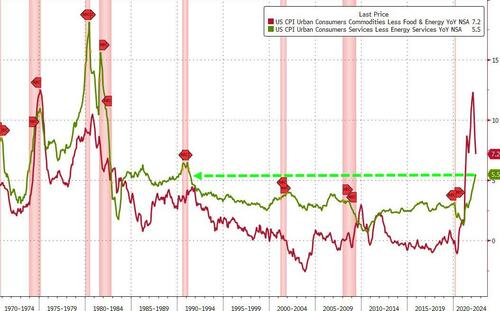 Energy costs dominated the rise, but the rent index rose 0.8 percent over the month, the largest monthly increase since April 1986. The motor vehicle maintenance and repair index increased 2.0 percent in June, its largest increase since September 1974. The index for dental services increased 1.9 percent in June, the largest monthly change ever recorded for that series, which dates to 1995.

Real wages also fell dramatically as prices and inflation have taken hold of the economy. Americans’ purchasing power domestically fell by a record 3.6% YoY in June.

Inflation hit 9.1% according to Axios, which is the highest rate since 1981. But real prices show inflation is much higher than that.

The economy is in big trouble. We are heading straight for an economic crisis of epic proportions.

But remember, this is part of the plan. The central banks need a massive disaster that they created in order for people to jump on board with a centralized digital currency that they will use to control us all.

In order to finish the slave state governments started millennia ago, they need total and complete control over who can buy, sell, and trade and they have to be able to manage every single unit of currency on the planet.

“We don’t know who’s using a $100 bill today and we don’t know who’s using a 1,000 peso bill today. The key difference with the CBDC is the central bank will have absolute control on the rules and regulations that will determine the use of that expression of central bank liability, and also we will have the technology to enforce that,” said Carstens.

If this doesn’t wake people up, nothing will.  This is the goal: permanent slavery. We all know we are slaves now, but if we can’t figure out a way to disallow anyone (banks, military, police, politicians of and flavor, presidents, or elitists) power over us, we are going to be in a lot of trouble. We need to stop imagining these people have a right to own us and rule us and enslave us. –SHTFPlan

We are heading down the road that leads to the point of no return.  The goal is to crash everything by design and step in with the solution.