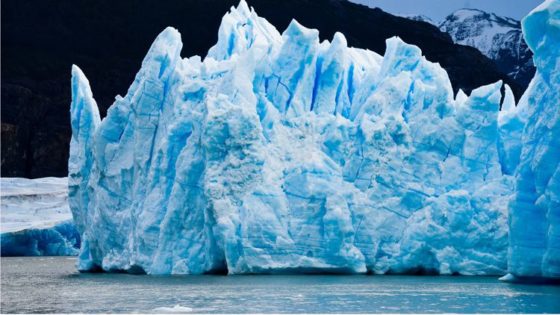 A climate change group from Finland wants to raise a half a million dollars so they can carve president Donald Trump’s face into the side of a glacier.  Other than defacing glaciers, the group says they’d just watch the carved face melt.

The glacial art project, spearheaded by the Finland-based group Melting Ice, has been dubbed “Project Trumpmore” and the idea is said to have taken shape over Trump’s skepticism about the junk science behind climate change, according to Business Insider.

Climate change group wants to troll Trump by carving his face into a glacier https://t.co/wKXjdk5DNN pic.twitter.com/oA9ibPj9dS

In a press release, Melting Ice chairman Nicolas Prieto said, “Global warming is one of the most important issues and topics of today. There are still people who ponder whether it’s a real issue. We want to build the monument for all of us, so we can see how long the sculpture lasts before melting. Often people only believe something when they see it with their own eyes.”

If the group is able to successfully raise the funds to complete this project, they’ll document the construction and broadcast it via a live feed. They hope to make the monument 115 feet tall, and the location is to be determined.  But wouldn’t it be incredibly epic if the glacier didn’t actually melt and Trump never converts to the religion of climate change?

The Melting Ice group is offended that Trump has been skeptical about climate change and offering taxpayer dollars to stop something that isn’t solely caused by humans. Trump has often suggested cold weather is proof climate change is not occurring. (And considering much of the data used to push the climate change agenda is tampered with anyway, skepticism about this “science” should not be a problem.)

Scott Pruitt, the administrator of the EPA (Environmental Protection Agency) has conceded that humans are contributing to the planet’s warming climate to “a certain degree,” but also contended warmer temperatures might not be totally negative. “We know humans have most flourished during times of warming trends. There are assumptions made that because the climate is warming that necessarily is a bad thing,” Pruitt said in February.

But dissenting opinions that fall away from the official narrative are not allowed.  And Environmentalists are freaking out over simply having to show the data and the studies used to push regulations on people and businesses because of “climate change.” If climate change is so easily proven, then it wouldn’t be such a problem to release the data so we can see it for ourselves.

But until then, we get manipulated and government-funded studies that will pay people to find climate change a real issue whether it is or not.  But instead of actually helping fight the climate change Melting Ice insists we all just “believe” in it and they are willing to waste money to do it.  They don’t want $500,000 to help stop the climate change they insist is ravaging the planet, they want the money to make a believer out of Trump and have turned the entire stunt into nothing more than an attempt to convert one person to their crazy religion.