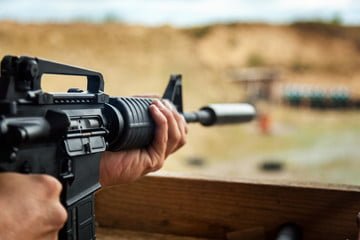 If you want to know how to beat gun control, look no further than New Zealand.  Noncompliance with the new mandatory gun buyback law is kneecapping the government’s ability to enforce the law they wrote.

As of last week, only 700 weapons have been turned over to New Zealand’s government under new gun control laws written in haste in the wake of a mass shooting at Christchurch mosques. There are an estimated 1.5 million guns—with an unknown number subject to the new prohibition on semiautomatic firearms—in the country overall.

SHTFPlan mentioned the fact that Kiwis were disobeying the law, and things have still now changed.  Gun owners in New Zealand have all but officially nullified the law by ignoring it.

And once again, it bears pointing out that responding to a horrendous crime by inflicting knee-jerk, authoritarian restrictions on innocent people proves to be an ineffective means of convincing people to obey the state.

Politicians are left scratching their heads and wondering why New Zealanders won’t comply with their authoritarian edicts.  The so-called “gun reform” was expected to rid the vast New Zealand countryside of most semi-automatic firearms, magazines over a specified limit, and shotguns. New Zealand’s political chatelaine, Prime Minister Jacinda Ardern, had an almost unanimous parliamentary vote to institute the gun buy-back, though as Liberty Nation Legal Affairs Editor Scott Cosenza asserts, “Buy-back is really a misnomer because the government never owned those guns in the first place.” –SHTFPlan

New Zealand’s government also stepped up censorship and domestic surveillance after bloody attacks on two Christchurch mosques earlier this year, flinging itself into full-blown authoritarian tyranny. But that isn’t convincing the public that they need to obey the commands of the government.  As it turns out, people want to be free and noncompliance is the way they are maintaining a shred of their liberty.  Gun owners, at this point, will most likely never turn their now-banned weapons in either.

Officials should have seen it coming.

“Police are anticipating a number of people with banned firearms in their possession won’t surrender them,” Stuffreported at the end of May, based on internal government documents. – Reason

Kiwis have officially taken a stand for their rights against their own government. Since New Zealanders didn’t register their guns, cops have no idea where to find the now illegal weapons. And even if people started registering their guns going forward, confiscation is all but impossible.

But [registration] that won’t help with gathering guns already in the possession of owners appalled by the government’s attack on the rights of innocent people—government attacks, it’s worth noting, that come in response to the crimes of one man who explicitly anticipated just such a response.

“I chose firearms for the affect it would have on social discourse,” the killer wrote in a document he released to explain his crimes. “The gun owners of New Zealand are a beaten, miserable bunch of baby boomers, who have long since given up the fight. When was the last time they won increased rights? Their loss was inevitable. I just accelerated things a bit.” –Reason

Arguably, defiant gun owners are just being realistic in seeing little to gain by obeying the restrictive laws that have their greatest impact on those who pose no threat to their neighbors.  The “authorities” have invented stiff punishments for such a rebellion, complete with a trip to the gulag (a bit of an exaggeration, but worth it in context). Those who refuse to surrender their prohibited firearms could be sentenced to a five-years in jail.  But how do they find out who has those guns and go about kidnapping those who disobeyed their orders?

They don’t. Maybe this happened so we could all learn a quick lesson:

It could just be that these laid-back Kiwis are poised to teach us a lesson in how to resist the oppressive and ham-handed fist of a tyrannical government. –Liberty Nation