China Warns: U.S. and Taiwan Are “Destroyers of Peace” 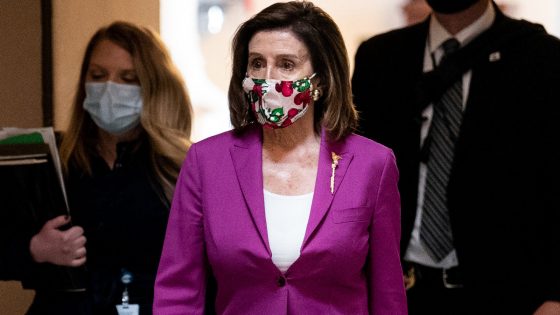 So far, China’s threats of military action for Nancy Pelosi’s visit to Taiwan have been almost completely empty. Other than some military drills, China has only continued to speak harshly of the trip, calling the United States and Taiwan “destroyers of peace.”

Ma Xiaoguang, the spokesperson for the Taiwan affairs office of China’s State Council, has insisted that the U.S. and Taipei are both responsible for the conflicts in the Taiwan straight.

Taiwan’s President Tsai Ing-wen and the Democratic Progressive Party (DPP), “relying on external support, willingly took on the role of pawns and stepped up provocations in the quest for independence,” Ma said on Tuesday, referring to the visit by the US House speaker Nancy Pelosi to the island, which Beijing views as part of its territory.

“The US intensified their efforts to try to play the Taiwan card, continuously added fuel to the fire, making plans to contain China through Taiwan,” the spokesman pointed out.

Taipei and Washington won’t be able to whitewash themselves, regardless of the “tricks” they could employ to do so, because “they are the creators of conflict between the two sides of the Taiwan Strait [which separates the island and mainland China], the destroyers of peace and stability in the Taiwan Strait,” he said.

According to Ma, the plans of Taiwan’s leadership to “rely on the US for independence” are doomed to fail. And the illusion of “seeking independence by force” will only accelerate the fall of Tsai and the Democratic Progressive Party, while also plunging Taiwan into an abyss of disaster, he added. –RT

Pelosi’s trip went through even though China continued to make threats against both the U.S. and Taiwan for doing so. Beijing reacted to the trip by announcing a series of military exercises and live-fire drills in six maritime areas around Taiwan. The Chinese foreign ministry has also warned of the visit’s “severe impact on the political foundation of China-US relations.”

China called the move “dangerous and provocative.” Pelosi has since departed Taiwan as China aggressively steps up its military drills.

So far, other than military drills, China’s threats have been empty, however, Washington has poked the dragon. Will there be a more severe retaliation? Maybe. Only time will tell.