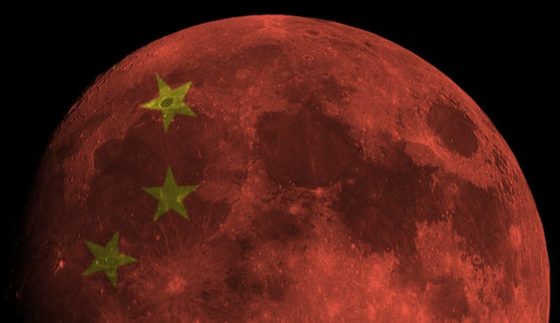 China has big plans to launch an artificial moon into space in order to light up cities.  The plan is supposed to replace the streetlights in the south-western city of Chengdu by 2020.

Wu Chunfeng, the chairman of Chengdu Aerospace Science and Technology Microelectronics System Research Institute Corporation which developed the project, said the illuminating satellites would provide a “dusk-like glow,” decreasing the need for energy consumption. “The satellites’ brightness and service time are both adjustable, and the accuracy of the lighting can be controlled within tens of meters,” Wu told the Chinese state media agency earlier.  Wu added the three artificial moons would operate alternately in order to significantly reduce infrastructural electricity consumption, especially during winter.

According to Inverse, in response to reporters’ concerns that the artificial light would disturb astronomical observations, Kang Weimin, Ph.D., the director of the Institute of Optics at the Harbin Institute of Technology, said that the artificial moonlight is the equivalent of a bright evening and not enough to cause any harm to any biological systems.

It’s not clear as of yet, whether the project is being paid for by the city or the Chinese government, The Guardian reports.  China’s space program has matured rapidly since 2015, and the country plans on doubling the number of launches it conducted in 2017 in the coming years. While this artificial moon project sounds like science fiction, something similar has been attempted before by Russia.

In 1993, Russia launched its own illumination mechanism, called a space mirror, in an effort to increase the length of the day. It used a giant sheet of plastic attached to a spacecraft to reflect sunlight back down to Earth. For a moment, the device did direct a beam of light down into Russia, but for people on Earth, it only looked like the bright pulse of a star.