Chilling Prophecy Predicts: “Obama Will Be Last U.S. President… Europe A Total Wasteland By End Of 2016” 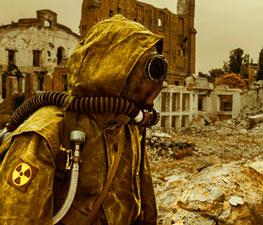 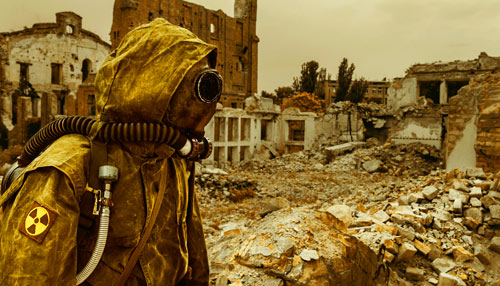 It is said that an eastern European clairvoyant has predicted a wide range of events including the attacks of September 11, the Boxing Day Tsunami of 2004, the election of an African American as President of the United States, and an invasion of Europe by Muslim extremists. With a purported 85% accuracy rate, the late Baba Vanga counseled powerful politicians, business leaders and even heads of state.

She died in 1996, but not before making several other dire predictions.

One foretells the collapse of the United States of America as we know it today.

The other is perhaps even more frightening.

Vanga prophesied the total annihilation of the European continent, claiming that the entire region would be a barren wasteland resulting from a ‘great Muslim war’ that would begin in the middle east in 2010, an eerie reference the rise of the Arab Spring.

Baba Vanga died in 1996 at the age of 85 and was known as the ‘Nostradamus of the Balkans’ because of her success rate which was supposedly as high as 85 per cent.

The blind pensioner, who has previously been credited with predicting the 9/11 terror attacks and the Boxing Day tsunami of 2004, warned of an invasion of Europe by Muslim extremists next year [2016].

Vanga is said to have made hundreds of predictions in her lifetime, including that there would be a ‘great Muslim war’ which would start with the Arab Spring in 2010.

She predicted it would take place in Syria and would come to a conclusion in 2043 with the establishment of a caliphate with Rome at its centre, News.com.au reports.

Vanga reportedly said Europe will ‘cease to exist’ by the end of next year, leaving the continent ‘almost empty’ and a ‘wasteland almost entirely devoid of any form of life’.

The pensioner once predicted that the 44th US president would be African American – but she also warned that he would be the ‘last US president’.

Via The Daily Mail

It is clear that an invasion of Europe by Muslims has begun. In fact, several million refugees remain isolated in Turkey as Turkish President Erdogan holds the rest of Europe hostage by demanding billions of dollars in aid. Failure to pay what amounts to nothing short of protection money, says Erdogan, will force him to release these hordes of people on the whole of Europe.

Thus, Vanga has been at least partially right about the prediction of invading armies, because as has been noted previously, among the real refugees seeking political and religious asylum, are literally millions of fighting age men with extremist views who are preparing to launch attacks on European countries.

The attacks in Paris and Belgium in recent months are proof positive of this.

The fact that terrorist organizations have been found with caches of war grade weapons and are actively trying to compromise nuclear power plants in the region suggests that, should they effectively coordinate attacks utilizing weapons of mass destruction, be they chemical, biologicial, radiological or nuclear, Vanga’s prediction of turning Europe into a total wasteland could certainly come to pass.

We know weapons of mass destruction have been smuggled into Europe, leading many concerned citizens to not only acquire self defense firearms, but personal protective equipment for CBRN attacks.

We also know that a similar threat exists on the Southern border of the United States, where terrorists have already been captured attempting to cross into the U.S.

Further highlighting the threat, the Obama administration recently issued a report outlining four ways that a nuclear or radiological device could be used to attack Americans on U.S. soil. That report was followed by a new policy in Texas where game wardens operating close to the southern border are being issued radiological and nuclear detection equipment along smuggling routes.

The threat of attacks that could leave millions in Europe and the United States sickened or dead are real. Our governments are already preparing for them.

And though prophecies of destruction and mass die-offs are nothing new, Baba Vanga’s date-specific predictions made twenty years ago seemingly coincide with events that are happening all around us.

A CBRN Attack On U.S. Soil Will Happen – Are You Prepared For It?

The Prepper’s Blueprint: A Step-By-Step Guide For Any Disaster