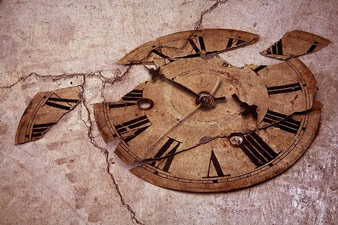 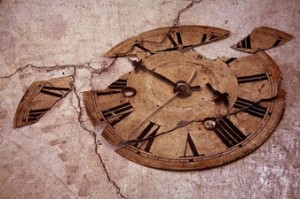 A financial expert has warned that allowing predatory economics to continue misleading the world can only result in three things: war, depopulation… or, maybe, change.

That is, if countries like Greece or Puerto Rico can ever find a way out. As things stand, the wolves are circling for another round of flesh.

That change is not some vague notion voiced in political rhetoric, but the need to create an economy that actually produces real wealth — the only way to get people out of the pit of hell in the long term.

Investment banker Catherine Austin Fitts says the world is getting tired of what she calls “disaster capitalism.” What does she mean? Look no further than Greece as Fitts explains, “Greece essentially looks to me like disaster capitalism. You are trying to get another positive return by liquidation, but the reality is if you liquidated the global economy, you are not going to get a positive return. The game can go on for a while. The reason I said Greece and Puerto Rico rang the bell is you can see this game is getting very old. The IMF (International Monetary Fund) . . . is saying this is not sustainable. This debt is not sustainable. This is why this is important. When we loan money to somebody and it is predatory, we reduce the ability of paying back the debt. So it’s a lose/lose situation. If you skim off the top as a predator, you get a kick, but the reality is the longer you play that game, you cannot get a return on the money you have stolen. What I am saying is it is a spiral down, and it’s not going to work. . . . The IMF is saying we can get more debt paid back with a sustainable plan than we can get with an unsustainable plan.”

Fitts says what you are really seeing is change of attitude from around the planet on how to grow the economy. Fitts explains, “What is beginning to happen is the feedback loop is coming back around, and it’s coming in from the BRIC nations. It’s coming in from the Greek people, and what they are saying is we need an economy that produces wealth if we’re going to get anything done. Whether it’s getting kids working again or get debt paid back, there is a rational voice that is coming back through, and it’s a human voice that is saying inhuman plans can only depopulate or bring war.”

Fitts goes on to say, “The central banking warfare model is wearing thin. There are three things you can do: You can have war, you can have depopulation or you can have change. The voice you are hearing coming back from the BRICS, the voice you are hearing coming back from the Greek people is let’s try change. The IMF is saying . . . you know they have a point. Puerto Rico and Greece have rung that bell that says we have to create value in the real economy. You can’t eat it if you don’t grow it, and we can’t grow it if we are all engaged in disaster capitalism.”

Obviously the game of predatory finance has already left few seats and a tight squeeze in the game of musical chairs.

Fitts says the game of printing more and more money, handed over to finance and used to inflate assets, create bubbles and keep within close elite circles is one of the biggest problems. The money must be allowed to reach real people, fund infrastructure and give people an opportunity to work for themselves again.

Until or unless central banks change their policies to spur this positive economic behavior, they are basically funding war, depopulation and death and destruction.