CDC Corruption: Corporate Science Cover-Ups And How They Enrich The Politically Elite 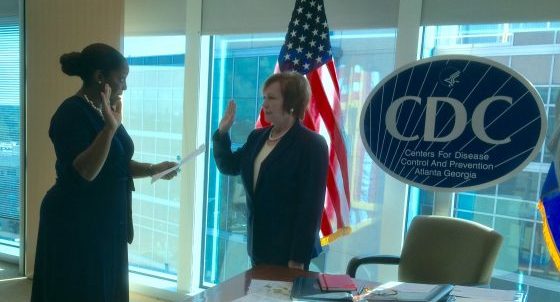 The elitists in government have their pawns in the mainstream media to do their dirty work and cover up the scandals that arise from corporate science and the subsequent enrichment of the political parties in power. But the CDC director’s resignation is shining a new light on the agency that’s been corrupted for years.

Just days ago, the head of the Centers for Disease Control, Brenda Fitzgerald, abruptly resigned after it was revealed that she owned shares of big tobacco companies, as well as a prominent vaccine manufacturing company called Merck, whose products are often promoted by the CDC.  Of course, it doesn’t take much “connecting of the dots” to realize what a gross conflict of interest that was; and Americans should be outraged.  But they aren’t.

According to Natural News, the corruption of Fitzgerald does not stop there either. Fitzgerald also purchased shares of junk food companies during her time as director of the CDC, which is certainly outrageous but really shouldn’t come as much of a surprise. After all, back in 2016, the director of the CDC’s Division for Heart Disease and Stroke Prevention was caught using her influence to favor Coca-Cola and PepsiCo.

This corruption isn’t new; Fitzgerald’s resignation, however, sheds fresh light on the problems and the corruption within the CDC and how the government agency goes about promoting certain products for human consumption. While most human beings would agree that tobacco and junk food are not considered to be products that are “in one’s best interest” to consume, far too many people still don’t understand the threat that the vaccine industry poses to our country. Just days ago, Natural News published an article on how the vaccine industry is now in panic mode as a result of children dying all across America after receiving flu shots.

Yet, the former CDC director has shares of Merck, and the CDC, of course, promotes vaccines like it’s some kind of a magic shield protecting one’s body from illness.  Which isn’t the case at all. With the global vaccine market now at over a trillion dollars, vaccine safety should be of utmost concern to the CDC. But instead, rather than testing and monitoring the health effects of vaccines and patient injuries truthfully to the American public and making critical and necessary corrections in the program, the CDC has become a mouthpiece for industry and has protected the ‘all vaccines for all children’ policy despite peer-reviewed science to the contrary.

According to the World Mercury Project, a UPI Investigative article written in the early 2000s highlights just a sliver of the corruption surrounding the CDC and vaccines. The CDC owned at least 28 vaccine patents. They are also in charge of vaccine promotion (getting the public to take vaccines) and vaccine safety. The CDC, like other large bureaucratic agencies, also has a revolving door to an industry that comes with inherent conflicts of interests. Common sense should have told us that this system was doomed to fail.

All of this corruption pads the pockets of the political elite while sickening the general public.

*This is not to say one should or should not receive a vaccination; but one should conduct their own research and look into independent studies (although, admittedly difficult to find) that will detail the potential benefits and side effects before making a decision.