CBS Uses Propaganda To Promote The “Benefits” Of Microchipping 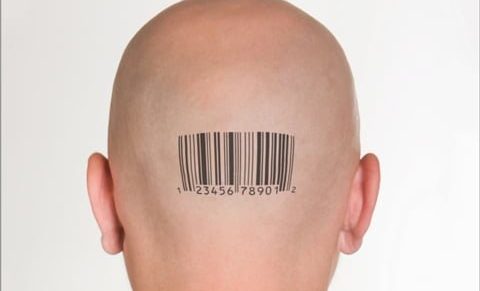 Mainstream media has become nothing more than government propaganda outlets, as evidenced by NBC‘s obvious promotion of microchipping.  The media outlet is hailing the benefits of getting implanted with a microchip, negating the need for your wallet.

NBC‘s segment on microchipping began by pointing out that people who have taken the chip do not need to carry keys, ID, credit cards or money. It points out that embedding microchips in humans have long been a feature of dystopian fiction like Black Mirror, but that in Sweden “the microchips are already here.”

The piece also celebrates how the same contactless technology has “made cash pretty much obsolete in Sweden.” But it also opens the door wide for tyranny, tracking, mass surveillance, and ultimate government control. Your life could be ruined in an instant for the “crime” of not wanting to be a government slave and no one seems to be pointing this out.

Regardless of religious views and the debate about whether or not this is the “mark of the beast,” an implanted microchip is a sure way to tell who has submitted to being owned by another.  All of your identifying information, including your banking info, is on a chip.  What happens when you tick off the wrong person? Tyranny is knocking and NBC wants it here quicker.

For those unfamiliar, the Book of Revelation speaks about the mark of the beast being implanted in the forehead or the hand and those who do not have the mark will not be able to purchase goods or services. –The Federalist Papers

But not everyone believes that all humans getting microchipped is a good idea. “Feel less human. I will feel like a robot, I think. There are so more that can go into this and it’s in your body,” one Swedish person who is not enamored with the idea said. And at least a few Twitter users agreed:

The Mark of the Beast is upon us. Sweden is inserting microchips under the hand’s skin. With the microchip, they no longer have to carry cash; access electronic data; and open office & car doors. The microchip is voluntary but the time will come when it will be mandated. Say No!

NBC’s piece is a straight-up government propaganda bit. It’s designed to make people feel like it’s a great idea to give up all of your control to a microchip and simply trust that all your data and information will never be used against you. This piece is attempting to brainwash people into accepting their slave “mark” from their master.

Because this technology is already here, and tens of thousands are already agreeing to be microchipped. Even the United States. People have simply accepted that they are the property of someone else.

There Are People Who WANT To Be Micro Chipped