Carbon Dioxide “Has Almost Nothing To Do With Climate,” Says World Climate Declaration Signatory 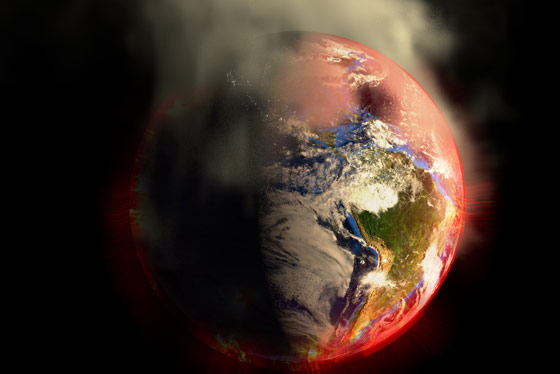 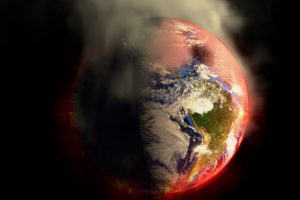 Is climate change real? The answer is no, and especially so with regard to carbon dioxide (CO2), which has almost no impact whatsoever on the climate.

In a 40-minute presentation, World Climate Declaration signatory David Siegel presented evidence to show that there is no climate emergency and no need to worry about CO2.

Based on input he received from the international CLINTEL network, Siegel wants the world to know that there is no reason to panic. The global net-zero CO2 policy, also known as “NetZero,” is misleading, unrealistic, and destructive, he says.

“CO2 budgets are not based on science, but they are based on fear,” CLINTEL revealed in a report. “They destroy the energy system, limit human rights, feed extremism and push mankind into a deep physical, mental, and financial crisis.”

An entrepreneur and author, Siegel wrote his first book about global warming back in 1991. He says he initially believed the lies from Al Gore and others who were fearmongering about CO2.

“Then, in 2016, someone told me that ‘the science is settled,’” Siegel says about the moment when he reached a major turning point.

“Knowing that if it’s science it isn’t settled, I decided to look a bit deeper and see what I could discover.”

It was then that Siegel began his journey into climate truth, which revealed all sorts of things that go against the grain of the status quo.

“We still don’t know what really drives our climate,” Siegel says. “There’s no way we can predict the next 100 years of climate with any accuracy.”

“To me, it’s clear that CO2 has almost nothing to do with climate, and the big drivers are orbital mechanisms and plate tectonics. But there’s still a lot to learn.”

Climate change is primarily about money

As usual, most of the climate hoo-ha seems to be centered around money. Fundraising, Siegel says, is the “clear” goal of the climate fanatics – “and there is a lot of money at stake now,” he says.

“I’d love to follow the money. I’d love to see a big report showing how money flows to NGOs, how much the UN spends on public relations, how universities rely on the Climate Industrial Complex, and how motivated most groups are by money, not by helping the environment.”

“If they are going to use polar bears, forest fires, storms, and lies, it’s clear their goal is fundraising.”

It turns out that Earth’s climate has always been changing. There was never a time when it was not changing, including long before there were gas-powered cars emitting pollution.

To this day, there is nothing of any scientific substance to suggest that humans are emitting too much CO2 these days. In fact, there is no legitimate way to measure CO2 emissions in terms of how they affect the climate.

“CO2 is not a poisonous gas,” Siegel says. “It is coming out of your nose right now.”

The CO2 that comes out of your nose feeds plants, which in turn release oxygen that humans need in order to live. It is a perfectly symbiotic relationship that the climate fanatics clearly fail to grasp.

“Climate is whatever happens to temperatures over at least 30 years,” he says. “Everything else is ‘weather.’”

Another misnomer among climate fanatics is the idea that greenhouse gases somehow trap heat. Siegel says this is untrue.

“They don’t act like a blanket,” he explains in the presentation. “They can’t store heat. All they can do is absorb and re-radiate the heat in random directions.”

You can watch Siegel’s presentation below: