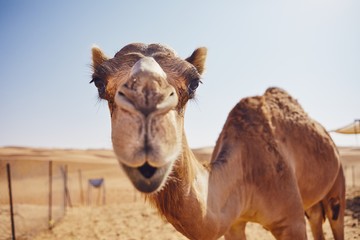 Three French players caught the “camel flu” before the World Cup final. Unlike the recently spread COVID-19 virus, the “camel flu” coronavirus strain is transmitted from camels to humans.

Camel flu or MERS-CoV is spread in the countries of the Arabian Peninsula because of the widespread of camels and humans mixing with it, Ahmed Mustafa, a researcher at the National Research Center, said. MERS is a type of coronavirus that is associated most commonly with exposure to camels and their byproducts like meat and milk, according to a report by Healthline.

“If you experience these flu-like symptoms, and you’ve recently returned from a trip in the Arabian Peninsula countries you certainly should be prompted to seek at least initial medical attention and mention your travel history,”  Dr. Robert Almer, of New York Medical College said. The Centers for Disease Control and Prevention does have guidelines for medical practitionersTrusted Source who are looking to test for MERS and the US does have testing capabilities.

It is unlikely to spread widely in the United States and the CDC has only officially reported two cases ever in the U.S., both in 2014.

However, according to Mustafa, no scientific evidence has proved its transmission from one person to another until now. The seriousness of the virus lies in its high mortality rate, which reaches 35 percent of all infected people, he added.

Regarding the treatment protocol used for MERS-CoV, Mustafa confirmed that the same protocol is relied upon to treat people infected with COVID-19, and that the symptoms are considered the same including acute inflammation of the respiratory system, high body temperature, and severe fatigue. -Egypt Independent

Medical staff across England have been put on alert for signs of the deadly camel flu as World Cup fans return from Qatar. A briefing note was sent out by the HSA, according to The Sun, stating that “Clinicians and public health teams should specifically be alert to the possibility of MERS in returning travelers from the World Cup.”

Is this the next pandemic we all know is coming? The one that “will get people’s attention,” as Bill Gates said?