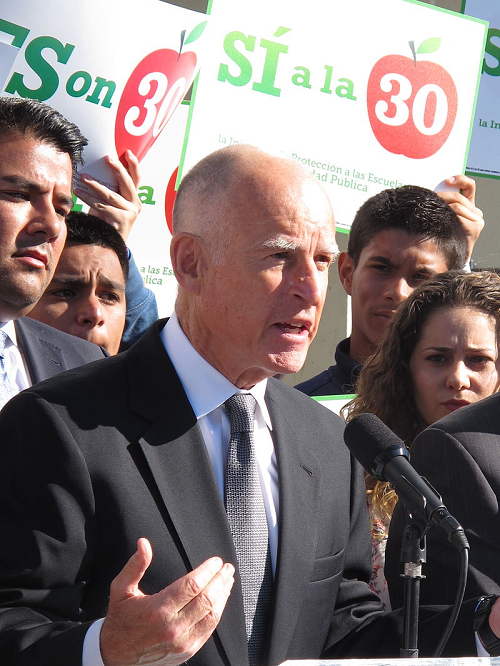 Millions of Californians are outraged by a recent bill that would increase the state’s gas tax by 12 cents per gallon, and increase vehicle license fees by $50 per year. All told, the plan amounts to a $52 billion tax hike. The proposal has since been passed in the state’s legislature, despite the fact that a majority of Californians opposed the bill. The tax is so controversial that state senator Josh Newman, who helped it pass, may face a recall election in the near future.

Amid this outrage, California Governor Jerry Brown defended the senator and the gas tax in a recent speech, during which he revealed how much disdain he has for middle class voters who are tired of being taxed to death.

Republicans say budget cuts should be made to fund road maintenance. A failed GOP plan proposed last year would have tapped into cap-and-trade money used to lower greenhouse gas emissions, cut Caltrans positions and eliminated other positions that have been vacant. It identifies other funding sources, but doesn’t specify what programs would be cut if that money was diverted to roads.

Brown said the plan is unrealistic.

“The freeloaders — I’ve had enough of them,” Brown said, adding that the approved tax and fee hikes bring those charges to the level they were 30 years ago if adjusted for inflation. “They have a president that doesn’t tell the truth and they’re following suit.”

Of course, it isn’t just a few Republican senators who don’t want the tax hike. Polls have shown that more than half of Californians oppose it. I suppose they’re a bunch of freeloaders right?

And what he doesn’t say, is that California already has some of the highest taxes in the nation. Californians already give so much money to the government, and yet the state has some of the worst roads in the country. California doesn’t have a problem with people who aren’t willing to pay their fair share to keep the state’s infrastructure functional.

California has a problem with a state government that is fiscally irresponsible. It’s a known fact that the revenue generated from the current gas tax is often diverted to general funds, even though there is a law in California which states that gas taxes can only be spent on transportation.

Instead of recognizing that reality, Jerry Brown has the audacity to claim that hardworking people who don’t want their taxes increased, are a bunch of freeloaders (that is, the same people who pay his salary). He shifts the blame for California’s financial state away from himself and his political party, and onto the “freeloaders,” who he believes must be Trump supporters. Last I heard though, conservatives in general don’t just want lower taxes. They want less spending too. That’s not freeloading.

If anyone’s a freeloader, it’s the liberals like Jerry Brown who have been running California into the ground for years. They’re the ones who push for more taxes every year, before wasting that money and asking for more.