California Fires: They Are Burning People Off The Land On Purpose! 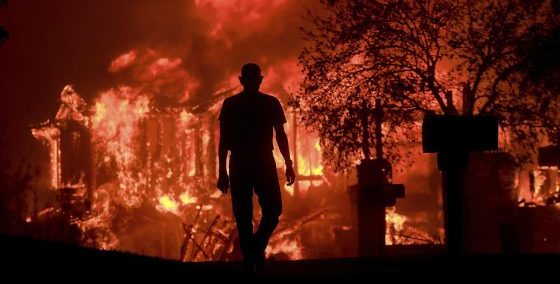 Most have heard of the massive and destructive fires ravaging California, but no one knows exactly how they were started.  And now many who have researched the fires are claiming that the elites are intentionally burning people off the land.

YouTuber DIY Camper made his own video detailing what he believes is the harsh reality of the horrific fires destroying homes and land in the Golden State. He starts by saying that if he had his own property, there is “no doubt” in his mind that he’d have a concrete reinforced structure underground for use during a disaster -but that isn’t what his video is about because an underground bunker won’t help you if the elites want your land.

“Now, the fires out in California…I’ve been following it extensively,” he says. “I have been researching it and looking into it as deep as I can. And I found a bunch of maps and plans for the southern end of California…and this is a fact you guys, you can search this and research it yourself to see what I am about to tell you is true.”

He says there are maps and plans from developers working with the California government that overlap the areas of the fires “street for street” and “neighborhood by neighborhood,” and that cannot be a coincidence. “…I believe that these fires are being allowed to burn out of control. Why would I say that? Because if you look at these developers plans for two reasons…the mayor admitted on the news when he was being interviewed that they have plans for these areas that are burning,” says DIY Camper. He believes there are two reasons the people in California are being burned off the land. One is for high-speed trains and the other is low-cost housing. 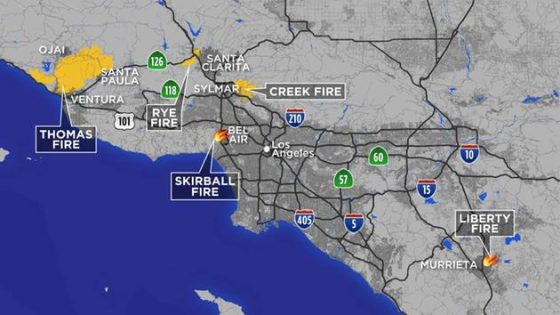 When looking at both the above images, DIY Camper seems a lot less crazy. These maps were fairly easy to come by too. Could he be right? Could the elites be intentionally burning people off land they want to use and develop?