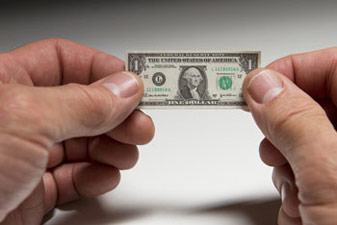 This article was originally published by Charles Hugh Smith at his blog Of Two Minds.

Editor’s Note: The “recovery” since the near-total financial disaster at the end of the Bush era has been nothing more than smoke and mirrors, with the entire market hanging by the thread of Federal Reserve intervention and QE programs that issue free money to the biggest banks. During that time, wealth has consolidated greatly into the hands of a few, entitlements have extended to larger-than-ever-before groups of people and real jobs have disappeared, along with the middle class.

The idea of fixing the underlying issues revolving around jobs by producing more degree holders (floated mainly by student loans) is, of course, absurd and misses the point, if not the elephant in the room. It’s all an illusion…

Income, Education and Inequality in the “Recovery”: Prepare to be Surprised

By virtually any standard, wealth inequality has soared to historic levels in the six years of “recovery” since the Great Recession of 2008-09. Economist Emmanuel Saez, who has long collaborated with Thomas Piketty, described the recent extremes of wealth inequality in a recent paper Striking it Richer: The Evolution of Top Incomes in the United States, which provides an in-depth look at the widening gulf between the top 1% and the bottom 90% from 2009 to 2012.

Here is a chart of the top 10% share of income, based on their research (the note in red marking the beginning of financialization in 1982 is my own): As author David Cay Johnston noted in an insightful review of Piketty’s book Capital in the Twenty-First Century, Trickle-Up economics: “The top 1 percent of Americans raked in 95 cents out of every dollar of increased income from 2009, when the Great Recession officially ended, through 2012. Almost a third of the entire national increase went to just 16,000 households, the top 1 percent of the top 1 percent, Piketty and Saez’s analysis of IRS data shows.”
We would naturally expect those with the highest incomes to have fared best in the past six years and those at the bottom to have fared the worst financially–but this not entirely true. Most income analyses, it turns out, do not factor in government-funded social welfare transfers, tax credits and entitlements. Once these sources of income are added, the bottom 90% saw no decline in income at all from 2007 to 2011, while the top 1% suffered a 27% decline and the top 5% took a 7% hit.
Inequality Has Actually Not Risen Since the Financial Crisis:
“Pretax income for the middle class and poor dropped substantially from 2007 to 2011 – about 10 percent for most groups. Yet including taxes and transfers, incomes fared better: Average income for the bottom fifth of earners rose 2.6 percent, to $24,100, and the average for the middle fifth fell only 2 percent, to $59,000. Such stagnation is hardly good news, but it’s a lot better than a large decline.”
Taxes on higher-income households have risen on several fronts: a new tax on high-earners to fund ObamaCare, for example, and a higher tax bracket for the highest-income households.
Social welfare transfers and tax credits/cuts did what they were supposed to do–cushion the blow of recession for lower-income households and transfer more of the tax burden to higher income households. Yes, there are endless debates around the issues of taxes: for example, if most of the benefits of the Bush-era tax cuts flowed to the top income earners, then recent tax increases for the top income bracket are clawbacks rather than new taxes.
But setting aside the many debates on tax policies and sources of income inequality, another surprising data point has emerged: Even the Most Educated Workers Have Declining Wages (Economic Policy Institute)

The chart accompanying the article clearly shows less educated workers suffered larger wage declines than their more educated peers. The year-over-year data shows something else: “Some commentators are under the false impression that wage inequality is a simple consequence of employers’ demand for increased skills and education—often thought to be driven by advances in technology. But new data from 2014 shows that even college educated workers and workers with advanced degrees are not in demand enough to see their wages rise.”
In other words, wages are declining even in fields where advanced degrees are supposed to inoculate the highly educated from declines in earnings. This is not entirely surprising to anyone who has first-hand knowledge of the tremendous glut in workers with advanced degrees, but it does drive a stake in the heart of the argument that the solution to income inequality is more education.
ironically, all that minting another 5 million Masters degrees, MBAs, law degrees and PhDs will do is increase the oversupply of highly educated workers and thereby exacerbate the decline in wages paid to these workers.