BUFFETT GOT GOLD: Now I’ve SEEN IT ALL!

Warren Buffett doesn’t see the point of holding physical gold. He acknowledges that when there’s GENERAL FEAR out there, investors gravitate towards it BRIEFLY before realizing that the world isn’t ending, thus dumping their holdings and reentering stocks, real estate or private equity. His bottom-line message is that stocks DO BETTER than gold.

We totally agree with the Oracle of Omaha. In fact, in Berkshire’s annual meeting, which I was supposed to attend, my goal was to ask both Warren and Charlie why they’re making a COLOSSAL MISTAKE of comparing gold with stocks in the FIRST PLACE.

Berkshire Hathaway now has about $130bn in cash and short-term bonds. My point is that if he’d CHOSEN TO store the shareholders’ purchasing power for future acquisitions in gold, the company would be GREATLY BETTER OFF.

Buffett is a numbers guy, so it wouldn’t take more than two seconds for him to understand that he has A BLIND SPOT when it comes to gold. 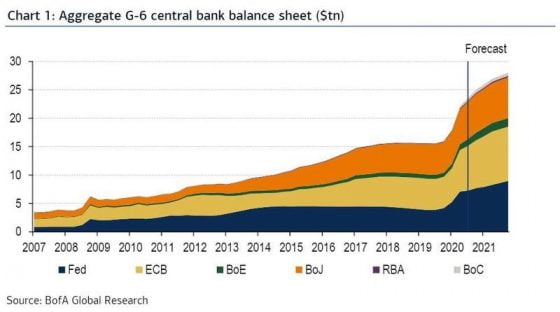 Central banks are the FORCE TO RECKON WITH in today’s world. The confidence that the actions they’ve taken have inspired has been FAR GREATER than anyone could expect.

It seems that the notion that the VERY FABRIC of the financial system could fall apart isn’t a piece of the equation that more than a select few are entertaining AT THE MOMENT.

For us, the Berkshire position in Barrick Gold, worth $564M, is a TESTAMENT of the strength of the GOLD MINING INDUSTRY.

Buffett buys value and he buys FUTURE CASH FLOW estimates. He, obviously, believes that mining gold is good business – that’s a BIG STATEMENT. In the big picture, it means that the fund managers who run Berkshire’s investment portfolio have detected a multi-year trend for the precious metal.

This serves as a STAMP OF APPROVAL for so many others to get into the game.

Buffett’s 1998 purchase of silver, along with Bill Gates’, marked the lows for silver. They understand value, and this action, like their late 1990s expedition into silver, SPEAKS VOLUMES. 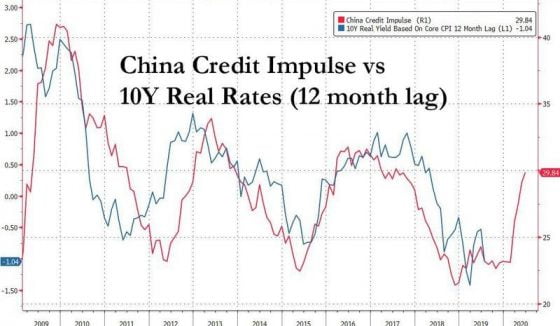 Next, I want to focus on 10-year Treasury notes’ real rates because according to the correlation with China’s Credit Impulse, they will be higher in the future, being that they lag by a FULL YEAR!

Not this time; the U.S. Treasury is issuing RECORD AMOUNTS of debt at the same time as the Federal Reserve is monetizing the bonds.

Inflationary pressures are building, but rates won’t rise by much from here. 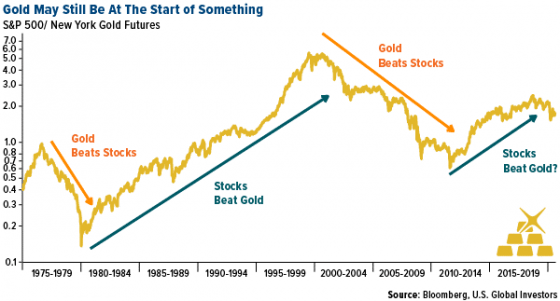 I’m not certain if the trend of stocks beating gold is over, as the chart above implies, but I know that the trend of MINING STOCKS going higher from here is certainly real because the greatest investor of all time has CHANGED HIS VIEW and has begun to see what we see: MONEY-PRINTING doesn’t happen in a vacuum.

COVID-19 is also the first crisis in which CREDIT EXPANDED, not contracted.

There are many aspects to think about and consider going forward, but one issue that I find EXTREMELY TROUBLING is that no major country has stopped and said that DEBT IS THE PLAGUE – it’s the real disease.

If you want yet another reason to hold gold, know that there isn’t one politician in the world that has REAL POWER and is challenging the STATUS QUO of printing new debt; there are no guards at the front gate!