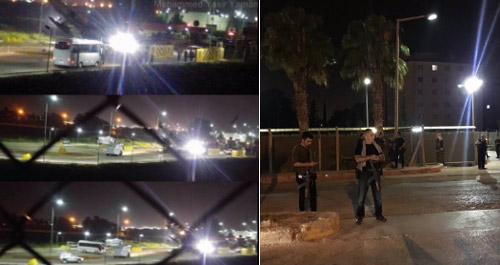 Turkish President Recep Erdogan has deployed 7,000 armed police and heavy vehicles to the Incirlik Air Base in Turkey. The base is a NATO asset and reportedly houses between 50 and 90 B-61 variable yield thermonuclear weapons. The base is the largest nuclear weapons storage site in Europe with some 25 underground vaults. 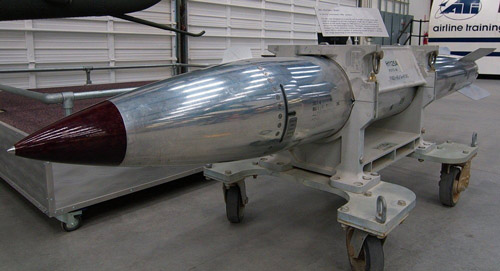 A failed coup in Turkey two weekends ago is believed to have been planned by the President himself presumably so that he could take control of the entire country. Tens of thousands of supposed “coup supporters” have since been rounded up by Erdogan officials.

Late Saturday night all access to the military base by NATO personnel was apparently restricted and airspace over the area has been closed.

All inputs and outputs to the Incirlik Air Base located in Adana have been closed as Turkish Minister of European Affairs cautions that it is just a “safety inspection” while local newspapers speculate that a second coup attempt may be underway.

Some 7,000 armed police with heavy vehicles have surrounded and blocked the Incirlik air base in Adana used by NATO forces, already restricted in the aftermath of a failed coup. Unconfirmed reports say troops were sent to deal with a new coup attempt.

According to the Turkish Minister for European Affairs, Omer Celik, this is just a routine “safety inspection.” Hurriyet, by contrast, reports that anti-terror police received reports of a second attempt by Gulenists to overthrow the Erdogan regime.

Zero Hedge notes that this can’t possibly be a “routine” safety inspection and may have immediate geo-political ramifications should Turkey’s President Erdogan threaten hostile action.

The lockdown at Incirlik follows a massive wave of protests on Thursday when pro-Erdogan nationalists took to the streets yelling “death to the US” and called for the immediate closure of the Incirlik base. Security personnel dispersed the protesters before they were able to make it to the base.

And while there has been no official statement from US armed forces stationed at Incirlik at this time, the situation continues to develop in front of the air bBase as more heavy trucks have been dispatched to surround and block access to the critical military facility.

It is unclear if Erdogan is naive enough to think that he can out-bluff and out-bully the US and keep Incirlik hostage until he gets Gulen repatriated by Obama on a silver platter, a hostage “tit for tat” we first described two weeks ago. If so, one wonders, if he is doing so alone, or with the moral support of others, perhaps such recently prominent enemies of Erdogan as Vladimir Putin. Recall that just over a month ago Erdogan publicly apologized to Putin for downing the Russian Su-24 fighter jet in November, and called Putin “a friend.”

President Erdogan has previously claimed that an ousted cleric named Fethullah Gulen who is currently living in the United States was behind the coup.

Given his recent history and attempts to hold Europe hostage with the refugee crisis, Erdogan may just be insane enough to think he can hold a NATO military base hostage in exchange for Gulen, in which case all hell is likely about to break loose.