Bombshell: “The House Is Going To Be Rocked In The Next 72 Hours… Over A Dozen Congressional Members May Resign” Over Sex Scandals 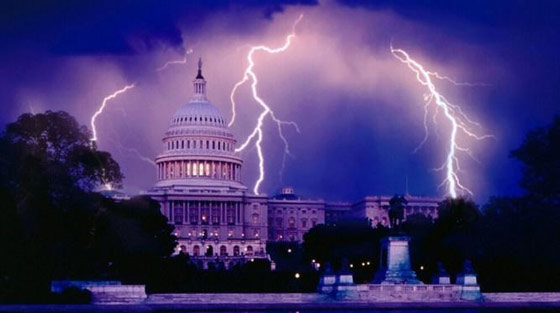 What started as an attack on then-candidate Donald J. Trump leading into the 2016 Presidential election appears to have been flipped completely on its head as scores of media, music, movie and political resignations over sex scandals have left shock waves across the country.

Not a week has gone by without some high ranking member of the star-studded elite getting taken down by what overtly looks to be a viral movement under the #MeToo hashtag.

It’s no secret that back in the 1990’s President Bill Clinton signed into law a bill that would shield sexually deviant Congressional members from being revealed to the public.

Well, in 1995, which I remind you was right at the time Bill Clinton was playing with stinky cigars in the Oval Orifice, Congress decided to pass a law which can be properly called “Congressional Protection For Sexual Assault Act of 1995.” Of course it’s not really entitled that; it’s allegedly called “The Congressional Accountability Act of 1995.”

This law was debated and passed in the House 429-0.  It then went to the Senate and was passed by unanimous consent and was signed by then-President Clinton.

You got it — not one “No” vote between either chamber.

This must have really been a good law, right?

Well, for Congress it was — if they liked to diddle their sexatary, pages, or other people in their offices.

Gee, I can see why Bill Clinton liked that bill too!

And while that law has thus far kept Congressional sexual harassment allegations and settlements completely hidden from the American public, that may be about to change according to investigative reporter Luke Rosiak who tweeted a Bombshell report via Twitter Friday evening:

Mark my words, the House is going to be rocked in the coming 72 hours. Tick Tock. https://t.co/NeBl9KvWtz

Congress’ human resources scandal is just getting started. I anticipate we will see the resignation of more than a dozen House members over harassment and secret settlements, and soon.

1. This reporter is legit. He was behind all the Awan Scandal reporting at Daily Caller. Highly respected. Noticed by all the right people too.

2. According to Lisa Bloom’s blog the $750,000-for-sex-assault-claims story was held onto by Trump / his lawyers and leaked by *them*. This is reasonable and probably true, even if she hates them.

3. So WHY did Trump release that 750k story today? He likely had that saved for 9months+. He often saves up his attacks for the right moment. He rarely plays a card on its own – he saves up full hands of cards then plays them all at once to totally overwhelm the opponents. Sun Tzu says to do this.

4. What am I getting at? I am saying that Trump is behind the upcoming major sex scandal shit thats about to rock the House in 72 hours. He is insulating himself from splashback.

5. Remember the stories yesterday about suddenly Paul Ryan is about to retire from the House in early 2018? Convenient timing huh. Might be him publicly surrendering from a huge sex scandal swamp drainage, aiming to leave gracefully with his reputation intact so he has a chance in the business world. Weren’t Cochran and McCain also hospitalized two days ago?

If true, we are about to see an unprecedented wave of swamp draining in the United States Congress.

It makes one wonder whether President Trump may have been working behind the scenes to expose and hit back at the various interests attempting to unseat him via impeachment proceedings surrounding allegations of sexual impropriety and his purported but as of yet unproven illegal connections to Russia.

Earlier this year former Trump adviser and Breitbart editor Steve Bannon left the White House under murky circumstances, prompting the media to announce that Bannon and Trump were now enemies.

Within 24 hours of his departure Bannon vowed to wage war on the President’s enemies.

And within two weeks of this declaration of war, high profile individuals that had feverishly worked to defeat Trump started falling like dominoes.