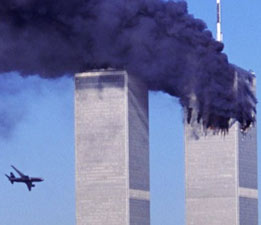 This report was originally published at SGT Report 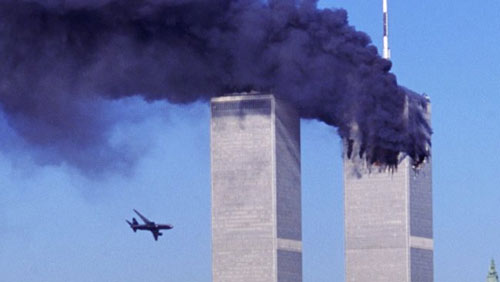 It has been 14 years, 8 months, and 12 days since the Neocon Zionist monsters in the United States along with their partners in the crime, the Saudis and Israeli Mossad orchestrated the 9/11 false flag operation that murdered nearly 3,000 innocents. Just a few smoking guns of their heinous crimes include the free fall collapse of world trade center building 7, the statistical impossibility of the BBC reporting about it 25 minutes too early and Lucky Larry’s multi-billion dollar insurance payout for “acts of terror.”

The litany of evidence of the NWO’s dastardly deeds on 9/11 has been documented, catalogued and readied for trials. The true culprits have been identified. And if you want the exact names and details there is no better video to watch than this one: 9/11 Conspiracy Solved: Names, Connections and Details Exposed

What remains is for these evil men to be brought to justice and tried for their crimes against American law, the Constitution and humanity. We have long hoped that the day would come when these sinister evil doers would start turning on each other and the truth would begin spilling out.

Enter the 28 pages and the Saudis. Reportedly, the classified 28 pages of the 9/11 report implicate the Saudis for at least helping to fund the terror attacks, but those 28 pages conveniently make no mention of Israeli involvement in the planning and execution of the attacks that day. The dancing Mossad agents who were arrested, sent back to Israel after ten weeks and who then admitted on Israeli TV, “We were there to document the event“.

No mention of them.

The decision has been made to throw the Saudis under the bus for the event that has up to this point, been blamed solely on Muslims. But the official 9/11 fable is now in the process of collapsing like a house of cards, and that house of cards is now coming down as fast as WTC-7.

In my interview with Harley Schlanger on May 20th we discussed this in some detail. I told Harley, “all of this is being orchestrated to throw Saudi Arabia under the bus, whilst never mentioning Israel.” Harley’s response could not have been more prescient.

“There’s an element to this, when you throw somebody under the bus, you always face the possibility that they’ll come out and tell the truth.” [You can listen to it at 4 minutes and 28 seconds into the interview.]

The 9/11 truth research community has the goods on these people. We KNOW what really happened and who is really responsible.  But what we have needed is for these rats to turn on each other on a global stage.

And today it began.

The Saudis have just dropped the biggest truth bomb since Putin exposed the Pentagon’s bogus war on Isis in Syria.

The Saudi press is still furious over the U.S. Senate’s unanimous vote approving a bill that allows the families of 9/11 victims to sue Saudi Arabia. This time, the London-based Al-Hayatdaily has claimed that the U.S. planned the attacks on the World Trade Center in order to create a global war on terror.

The article, written by Saudi legal expert Katib al-Shammari and translated by MEMRI, claims that American threats to expose documents that prove Saudi involvement in the attacks are part of a long-standing U.S. policy that he calls “victory by means of archives.”

Al-Shammari claims that the U.S. chooses to keep some cards close to its chest in order to use them at a later date. One example is choosing not to invade Iraq in the 1990s and keeping its leader, Saddam Hussein, alive to use as “a bargaining chip” against other Gulf States. Only once Shi’ism threatened to sweep the region did America act to get rid of Hussein “since they no longer saw him as an ace up their sleeve.”

He claims that the 9/11 attacks were another such card, enabling the U.S. to blame whoever suited its needs at a particular time; first it blamed Al-Qaeda and the Taliban, then Saddam Hussein’s regime in Iraq, and now Saudi Arabia.

September 11 is one of winning cards in the American archives, because all the wise people in the world who are experts on American policy and who analyze the images and the videos [of 9/11] agree unanimously that what happened in the [Twin] Towers was a purely American action, planned and carried out within the U.S. Proof of this is the sequence of continuous explosions that dramatically ripped through both buildings. … Expert structural engineers demolished them with explosives, while the planes crashing [into them] only gave the green light for the detonation – they were not the reason for the collapse. But the U.S. still spreads blame in all directions.

The intention of the attacks, writes al-Shammari in his conspiracy article, was to create “an obscure enemy – terrorism – which became what American presidents blamed for all their mistakes” and that would provide justification for any “dirty operation” in other countries.