This article was originally published by Paul Joseph Watson at Infowars.com 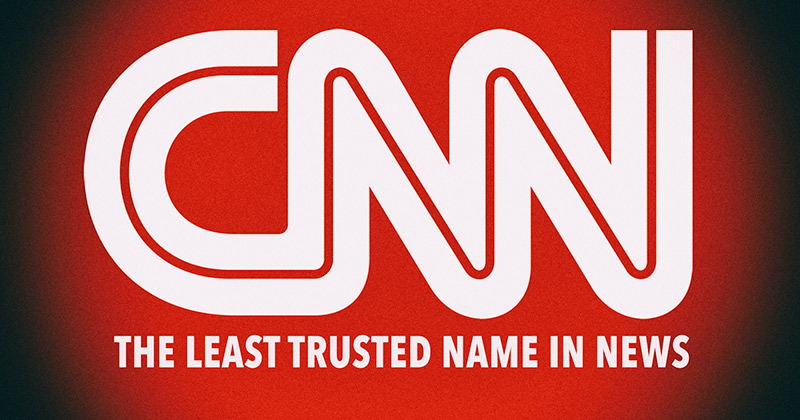 CNN is now pushing an effort to “ban the term fake news” after the slogan became synonymous with CNN itself thanks to President Donald Trump.

In a CNN opinion piece written by Hossein Derakhshan and Claire Wardle, who are affiliated with the globalist Council of Europe, the authors argue that the term “fake news” has “become meaningless” and lost its power because politicians (primarily Donald Trump) have hijacked it as a way to “undermine” the media establishment.

The authors decry the fact that many people now believe the mainstream media peddles “fabricated stories” and that information monopolies are being challenged by the ability for “anyone in the world” to have a platform.

Remember when the mainstream media & the Hillary campaign invented the term "fake news" in an effort to discredit alternative & right of center media outlets?

Complaining that “less powerful agents can harm large institutions or established individuals,” Derakhshan and Wardle warn that trust in institutions is declining and that only through intervention at the level of “public education” (ie indoctrination) can this be reversed.

Of course, the real reason media elites want to clamp down on the term “fake news” is because its original intention, to smear and discredit opponents of Hillary Clinton, right of center media outlets, and people who distrust the mainstream media, has completely backfired.

This was illustrated yet again by Donald Trump’s tweet earlier today when he suggested that a “fake news trophy” should be awarded to the network that has been responsible for the most inaccurate reporting.

We should have a contest as to which of the Networks, plus CNN and not including Fox, is the most dishonest, corrupt and/or distorted in its political coverage of your favorite President (me). They are all bad. Winner to receive the FAKE NEWS TROPHY!

“Fake news” was one of many excuses trotted out after November last year to push the narrative that President Trump’s election was somehow illegitimate.

Fake news had virtually no impact on the election, but the establishment media weaponized the term as part of an agenda to silence and censor voices of dissent, including media platforms, that had opposed Hillary Clinton’s presidential campaign.

In addition, mainstream media news coverage in the weeks leading up to the election was 91% negative towards Trump, according to a study by the Media Research Center.

The Podesta emails also revealed how mainstream journalists were completely in bed with the Clinton campaign and even ran stories by them before publication.

The “fake news” narrative has completely backfired on the political establishment and the media because it has acted as a boomerang, showing the mainstream media to be the most consistently dishonest entity of all.

Is it any wonder therefore that the political class is now so keen to retire the term altogether?