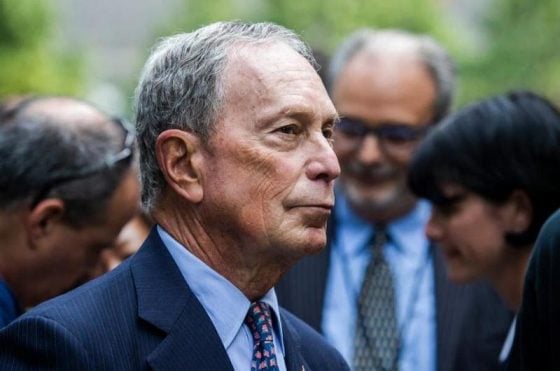 Michael Bloomberg isn’t making any friends in the agriculture industry, after a video of the former NYC Mayor surfaced of him describing farmers as having simple jobs that don’t require much intelligence, according to the Washington Times.

“I could teach anybody, even the people in this room” to be a farmer, said Bloomberg during a 2016 talk at Oxford University in a now-viral clip in which he called agriculture a “process”

“You dig a hole, you put a seed in, you put dirt on top, add water, up comes the corn, he added.

“You put the piece of metal in the lathe, you turn the crank in the direction of the arrow, and you can have a job,” he continued.

Mr. Bloomberg then said working in the information economy is “fundamentally different, because it’s built around replacing people with technology and the skill sets that you have to learn are how to think and analyze. And that is a whole degree level different. You have to have a different skill set, you have to have a lot more gray matter,” he said. –Washington Times

Billionaire Bloomberg claims he "could teach anybody to be a farmer," even implying that farmers don't have the same level of "skillset" or "grey matter" as folks in tech jobs.

So demeaning, elitist, and out-of-touch it's appalling. pic.twitter.com/Auplmdq56m

Not to be outdone by his efforts to appeal to… well, we’re not quite sure: