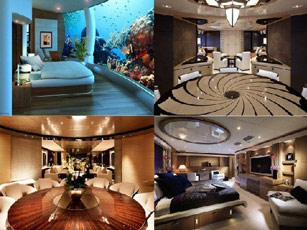 This article was originally published by Susan Duclos at All News Pipeline. 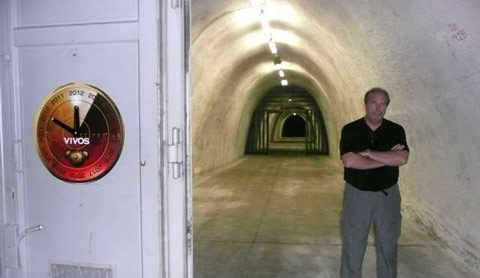 While preppers and survivalists have grown in numbers over recent years, preparing for everything from an Electromgnetic Pulse (EMP) to a zombie apocalypse, with sites catering to those prepping on a budget, and the U.S. government continues to stock their underground facilities for an extinction level event, another segment of society is preparing for ‘doomsday’ and how to survive it in style.

Billionaires are buying up space in underground bunkers, luxury bomb shelters, paying up to $35,000 just as an entry fee to the Vivos Indiana facility, but  the price tag for the Vivos Europa One facility, described as a “subterranean Noah’s Ark” will run you $3 to $5 million, and according to Robert Vicino, founder and CEO of survival prep company the Vivos Group, his clients range from top surgeons to movie stars to U.S. miltary colonels.

While Pulse.com highlights the man who “builds luxury bomb shelters for the billionaires afraid of doomsday,” with careful attention to detail in describing what these luxury bunkers look like and include, a few interesting points are made within the article, including the fact that “catering to doomsday preppers has become a multibillion dollar business.”

Why is it is multibillion dollar industry? Because from those living paycheck to paycheck to those with more money than they could ever spend in ten lifetimes are all aware that something big is coming…. and are preparing for it.

Public comments from some of the planet’s richest people reveal a strain of paranoia about insurrection. At the last annual meeting of the World Economic Forum in Davos, Switzerland, observers noticed elites growing more alarmed about the possibility of social unrest. Last year, entrepreneur and venture capitalist Nick Hanauer published an open letter to his “Fellow Zillionaires” in Politico Magazine that summed up the growing worry among the wealthy: “What do I see in our future now? I see pitchforks.

“This matches what Vicino hears. “They’re going to Patagonia, they’re going to remote locations of the world,” he says. “Their reasoning is more to be insulated from a revolution, rebellion, anarchy, or whatever, following an economic collapse.” 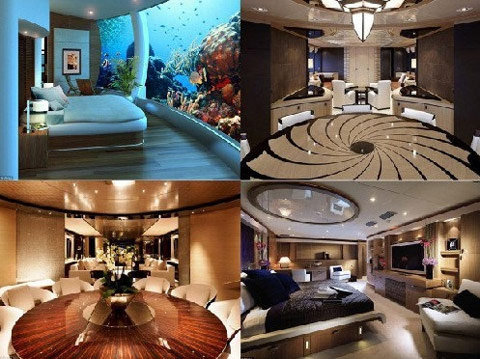 While the Pulse puff piece describes preppers, even billionaire preppers, as being in a mindset where  “paranoia meets narcissism,” the actions of the “elite,” as well as recent disturbing economic news and dire warnings from the financial industry experts, all support the need to prepare for another economic crash, which by all accounts will make the last one look like a walk in the park.

With nuclear powers posturing and threatening end of the world nuclear actions against each other, mystery diseases popping up across America, the threat of gun control by fiat, food and medicine costs skyrocketing, historic levels of poverty and welfare usage still rising, class and race wars being stoked at every opportunity, along with talk of economic collapse, and much more….. the risk of an uprising and massive civil unrest increases by the day.

Vicino provided Pulse with some anonymous quotes from his customers, with one writing “Like everyone else, I have a sixth sense that something may happen soon. It is time to prepare for a contingency on many fronts for my family. There are more possibilities of devastating events happening now than any other time in my lifetime.”

Another states “The times speak for themselves and growing increasingly more dangerous. Where else can we go when the inevitable SHTF?”

For years we have been warned the “elite” are preparing, with January 2015 reports indicating they  were “panicked” and buying up boltholes with private airstrips in order to escape if the poor rise up.

SHTF Plan wrote in February 2015 “The Rich Are Worried and They Should Be,” and that concern has manifested into action on their part as they plan for life after the “event.”

According to the Pulse report, since 2013, the country has minted 1.6 million new millionaires , and there are an estimated 3 million-plus preppers in the US.  The latest report available (2014), using numbers from the U.S. Census Bureau and the World bank, there are 318.9 million people in America…. which means there could be up to  315 million people that will not be prepared, most not even for the basic of emergencies such as an extreme weather event that knocks off power or when grocery shelves are empty due to last minute stockpiling of goods. 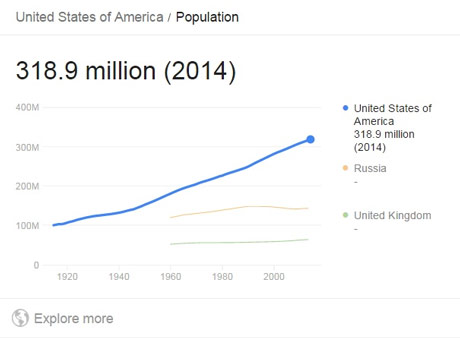 THE TIME TO PREPARE IS NOW

Whether preparing for a catastrophic event or simply a severe Winter that could cause power outages or keep people homebound for any length of time, having the the necesseties to do so can very well be the difference between life and death and that is not a hyperbolic statement.

Winter cold kills more than twice as many Americans as does summer heat, according to a report released today by the National Center for Health Statistics (NCHS), a division of the Centers for Disease Control and Prevention.

Syracuse.com reported in March 2015, “800 die each year in US in winter driving crashes.” Granted some of those could be accidents while on the way to work, but how many are from people that didn’t prepare and decided to risk the roads to grab food, water or basics they should have already had by preparing for a harsh Winter? Even one death due to lack of preparation is too many.

That is only addressing Winter related events and storms, but there are events such as tornadoes, earthquakes and hurricanes in other parts of the country and having witnessed firsthand the chaos that ensues after a hurricane, when people who were utterly unprepared  and couldn’t even get water, milk or food after Huricane Andrew hit Florida, I can personally tell you that the majority of people in the U.S. will not survive  the aftermath of a catastrophic event, whether it is a physical terrorist attack that knocks out the power grids across the country, an EMP or following a total economic collapse.

Billionaires are preparing, the “elite” are preparing, the U.S. government is preparing for a catastropic even, moving facilities such as the FED bulking up in Chicago wary of a “natural disaster”  and NORAD and the Pentagon moving their communications equipment to Stargate Mountain, the cold-war era Cheyenne Mountain bunker that’s naturally EMP-hardened,   and according to statistics 3 million survivalists are preparing…. yet with all of this headlining in the news…. 315 million people across the nation are still not preparing!

Who are they going to look to for protection? For food? For medical basics? For water?

The answer to those questions are very simple… they are going to go after those not hiding in underground bunkers, those luxury bomb shelters, those not hidden away in the U.S. government facilities set up for politicans, certain U.S. military members, and the “elite” that pull their strings….. they are going to come after those that did think to prepare for the worst while hoping for the best and it assuredly won’t be pretty when those that refused to listen and open their eyes face off with those more than prepared to protect themselves, their supplies and their families.

The time to prepare is now because after it all hits the fan…. it will be too late.

As always, readers are encouraged to share tips, ideas, links to preparedness websites, etc… in the comment section below.

This report has been made available by All News Pipeline.

For more news covering topics like economy, politics, current events, health, technology, and religion you can visit their web site.

Highly Respected Economist Warns: “Hyperinflation Is On The Table… It Will Be Completely Uncontrollable”

A Complete Meltdown In November: Cyclical Analyst Says Stocks May Start To Crash This Week

Govt Preparing To Go Active Against Their Own People?