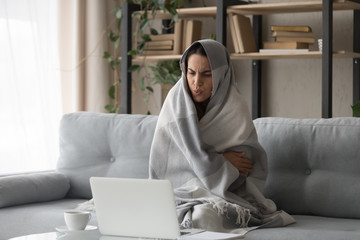 Belgian Prime Minister Alexander De Croo might have spilled the beans about the duration of Europe’s energy crisis. He told reporters Monday, “the next 5 to 10 winters will be difficult.”

“The development of the situation is very difficult throughout Europe,” De Croo told Belgium broadcaster VRT.

Europe faces a historic energy crisis exacerbated by Russia’s war in Ukraine (and Western sanctions that have backfired). The continent heavily relies on Russia for its energy needs, importing about 40% of NatGas. At just 20% capacity with risks of going to zero next month, Russian supplies via Gazprom’s Nord Stream 1 have sent NatGas and power prices to record highs this week.

MAP OF THE DAY: Day-ahead electricity prices in Europe are eye-watering, with lots of countries setting record highs for today. Notable to see the Nordics close to €400 per MWh, and Germany at €600. Before 2020, anything above €75-100 was considered expensive| #EnergyCrisis pic.twitter.com/RyTrbJ4Mxl

The shift from Russian NatGas supplies has backfired for the 19-nation eurozone. Germany, Europe’s largest economy, could be headed for a recession that will bring down the rest of the continent.

De Croo said Belgium and the eurozone must “support each other in these difficult times.”

Europe’s dark winter could be a yearly occurrence throughout this decade if the prime minister is right. The widely optimistic idea that the bloc could replace all Russian Natgas imports this year was a farce, and now European households must pay exorbitantly high power costs, forcing millions into energy poverty.

Even though Germany admitted that it was a terrible mistake to become so dependent on cheap Russian energy — like a drug — how long does it take for Berlin to go back to its dealer [Moscow] for resupplies and defect from the rest of Europe because it doesn’t want to freeze to death this winter nor crash its economy.