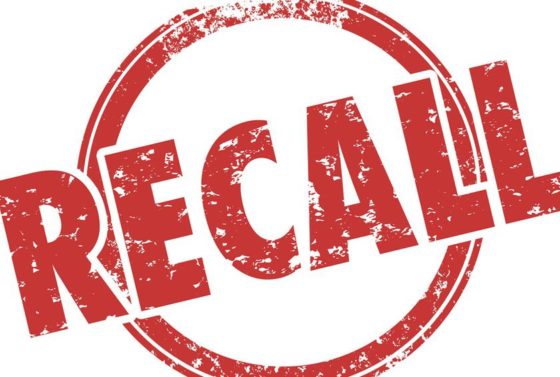 I can’t be the only one wondering what the heck is going on with our food system lately. The recalls on commonly consumed foods have been so numerous that it seems like there’s another one every other day.

The contamination of our food supply is very unsettling. This year hundreds of people were sickened by romaine lettuce contaminated with E. coli and several even died. But there have also been recalls on meat, on breakfast cereal, on frozen food, and even pet food.

In just the past week, there have been massive recalls on ground beef, breakfast sausage, and canned corn. Below, you’ll find the details. Check your kitchen and dispose of any of these foods if you have them on hand.

JBS Tolleson Inc. has expanded their recall of ground beef and “non-intact” beef products to include 12 million pounds of meat. The products are feared to be contaminated with salmonella.

Because these were packaged between July 26, 2018, to Sept. 7, 2018, the most likely destination for these products would be your freezer. The products recalled include ground beef chubs, burger patties, ground beef sold in trays, and pre-seasoned ground beef.

Brands included in the recall are:

Go here to get the specific products and numbers of the beef that has been recalled and here to see the labels and brand names.

Popular Jimmy Dean ready-to-eat breakfast sausage links have been recalled due to customer complaints about pieces of metal in the sausages.

It’s unclear where these sausages have been shipped, but the USDA’s Food Safety and Inspection Service is concerned that these, like the ground beef, may already be in your freezer. The product details are below:

If you have questions about any Jimmy Dean products you may have on hand, you can contact the Jimmy Dean customer service line at 855-382-3101.

All those people who think that home-canning is some kind of witchcraft and that commercially canned food is much safer should be aware that Del Monte has called back 64,000 cases of canned corn that was not properly processed.

Del Monte informed the public that “under-processing” deviations that occurred during the production of the canned corn “were part of the commercial sterilization process and could result in contamination by spoilage organisms or pathogens, which could lead to life-threatening illness if consumed.”

Of course, as any home preserver knows, what they’re talking about is botulism, a potentially deadly toxin that can cause the symptoms similar to those of a stroke. And even if you survive botulism poisoning, you can be left with permanent neurological damage from it.

The product in question is Fiesta Corn with Red & Green Peppers.

Consumers can identify the recalled 15.25-ounce cans (432 grams) by looking for the UPC number 24000 02770 printed on the label and any of the following best-by dates, which are stamped on the bottom of the cans;

“If consumers have any product with the indicated UPC code and ‘Best if Used By’ dates, they should return it to the place of purchase for a full refund or exchange,” according to Del Monte’s recall notice.  (source)

Why are we having all these recalls?

The real question to me is, “Why is our food supply suddenly so unsafe?”

It seems like in the past few years, the recalls have been practically nonstop. Many organic brands and products have been included, and many major food suppliers. It’s not just some little fly-by-night companies who are taking shortcuts. The CDC has investigated 24 multi-state foodborne illness outbreaks so far this year.

U.S. Food and Drug Administration Commissioner Scott Gottlieb wants you to know that you don’t need to worry. He says it isn’t that food is more unsafe, but that they’ve become better at tracking down the sources of illnesses. In an interview with CNN, he explained:

“I think that the issue isn’t that there’s more unsafe food,” Gottlieb said. “I think what’s happening is that we have better technology than ever before to link outbreaks of human illness to a common pathogen.”

In all 50 states, the CDC has the capacity to do genomic testing on samples from infected patients (such as blood samples). It also can genetically link the identified pathogens in human illness to actual food sources.

What is lagging is the ability to do track and trace to a single distributor or grower “because we don’t have as good a technology as we would like in our supply chain,” Gottlieb said.

Another recent development in protecting the US food supply is the Food Safety Modernization Act, which became law in 2011. Gottlieb said the act represents a “paradigm shift,” as it is based on prevention instead of reaction.

“I think food is more safe now than it’s ever been. We have much more resources and additional tools to do effective surveillance.” (source)

Is it really though?

Is the FSMA really making us “safer?”

I have to call Baloney Sandwiches on Gottlieb’s claim that we’re so much safer now due to the FSMA, which in actuality makes food freedom a heck of a lot more difficult for anyone who’s not part of a giant corporation.

The Food Safety Modernization Act has come under fire for being onerous for small farmers and for making it nearly to comply unless you’re part of a giant corporation. In fact, according to Mike Adams of Natural News, the whole thing is full of lies and disinformation.  Interestingly, it’s nearly impossible to locate negative coverage of the FSMA on Google. But on Duck Duck Go I found this in an article by Adams:

It would criminalize the transporting of organic produce if you don’t comply with the authoritarian rules of the federal government.

“It will become the most offensive authority against the cultivation, trade and consumption of food and agricultural products of one’s choice. It will be unconstitutional and contrary to natural law or, if you like, the will of God.” – Dr. Shiv Chopra, Canada Health whistleblower (http://shivchopra.com/?page_id=2)

This tyrannical law puts all food production (yes, even food produced in your own garden) under the authority of the Department of Homeland Security. Yep — the very same people running the TSA and its naked body scanner / passenger groping programs.

This law would also give the U.S. government the power to arrest any backyard food producer as a felon (a “smuggler”) for merely growing lettuce and selling it at a local farmer’s market.

It also sells out U.S. sovereignty over our own food supply by ceding to the authority of both the World Trade Organization (WTO) and Codex Alimentarius.

It would criminalize seed saving (http://foodfreedom.wordpress.com/2009/06/13/…), turning backyard gardeners who save heirloom seeds into common criminals. This is obviously designed to give corporations like Monsanto a monopoly over seeds.

It would create an unreasonable paperwork burden that would put small food producers out of business, resulting in more power over the food supply shifting to large multinational corporations. (source)

Given that the recalls aren’t specifically related to anything in the FMSA, I believe that the problem is something far different than simply “getting better at tracing the contamination.”

I don’t know what it is, but it seems to me that food production has become incredibly sloppy and careless, and we, the consumers, are the ones who are paying the price. By making food production corporate instead of local, we risk contamination on a massive scale.

Check your pantries and freezers for recalled foods.

I recommend going through your freezer, fridge, and pantry to see if you have any of the products listed in the recall. I had a few packages of Laura’s Lean Beef that I’ll be returning for my money back.

And if you haven’t already begun to build a stockpile based on safe, local foods, now is the time to start working on it. Clearly, Big Food can’t be trusted not to contaminate their products, as is proven by all these extensive recalls.

What do you think about all these recalls? Do you think our food is “safer than ever?”  Let me know in the comments and be sure to join the conversation over in the forum, too.