BANNED: Iconic Dukes of Hazzard Car ‘General Lee’ Stripped Of Confederate Flag: “This is a new level of P.C. idiocy” 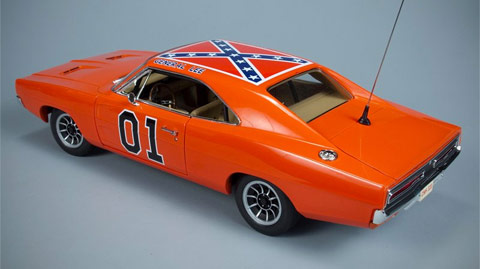 They’ve been pushing for it for over 150 years and this year the politically correct anti-Confederate flag movement may have finally achieved its ultimate goal. Following a racially driven shooting spree that left nine people dead at a church in Charleston, the governor of South Carolina is pushing legislation to have the flag removed at any government buildings where it currently flies. In Alabama, the governor has ordered Confederate flag “paraphernalia” removed from the Confederate Memorial Monument.

Major retailers like Amazon, Ebay, and Walmart immediately jumped on board and have now removed confederate flags from their listings. Paul Joseph Watson highlights the sheer ridiculousness of the move, noting that while Amazon has removed memorabilia featuring the flag of the Confederacy, they continue to allow the sale of items featuring Nazi emblems and Swastikas.

But the idiocy, based on absolutely no logical reasoning except that this is the perfect crisis to not let go to waste, doesn’t stop there.

Warner Bros. has announced that it has halted production of toys and replicas of the iconic Dukes of Hazzard sports car known as the General Lee.

Dukes of Hazzard, a staple TV show of the early 1980’s, featured what may possibly be the most popular and most recognizable car in American history.

As of today, that car will no longer feature the confederate flag on its roof.

The Confederate flag may or may not be removed from government buildings in South Carolina, but the relic is definitely being removed from at least one southern icon. Warner Bros. today announced that it was halting production of toys and replicas of the General Lee, the car from the Dukes of Hazzard, which famously bore the flag on its roof.

As recently as 2012 Warner Bros. quashed rumors that it was planning to remove the Confederate flag from toy versions of the General Lee. “We were not and are not planning to change design of the General Lee on merchandise,” the company said at the time, after a Tomy sales representative reportedly indicated production would cease in 2013.

Ben Jones, who played good ‘ol boy Cooter on the show and had a crush on leading lady Daisy Duke, responded to the removal of the flag, echoing the general sentiment of many Americans who find the move by major retailers and political leaders to be overkill:

This is a new level of ‘P.C.’ idiocy. I don’t know about you, but I am tired of being insulted by morons. 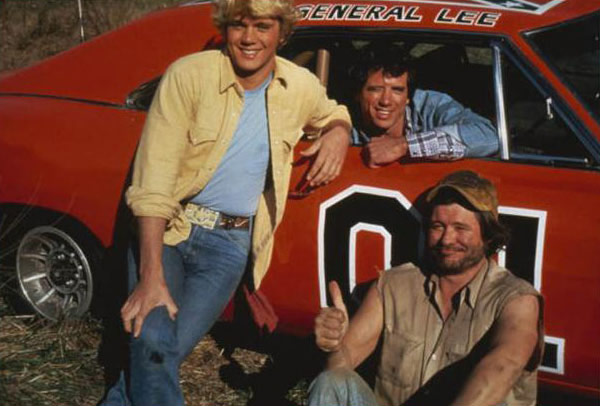 We’re sure that the next crisis will lead to the complete removal of any references to the South’s involvement in the Civil War, including the removal of the very name of the vehicle, The General Lee, named after the man who led the South’s armies against the north.

No proposed names have yet been put forth, but some politically correct replacements may include:

Listen to The General Lee’s racially divisive Dixie Horn before it gets removed from the internet forever:

(Also read this highly informative article: In Defense Of The Confederate Flag)