Banned: Chase Bank Says You Can No Longer Store Cash or Precious Metals In Your Safe Deposit Box 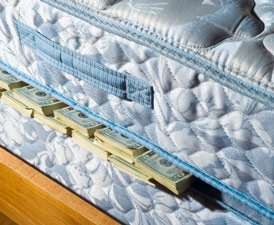 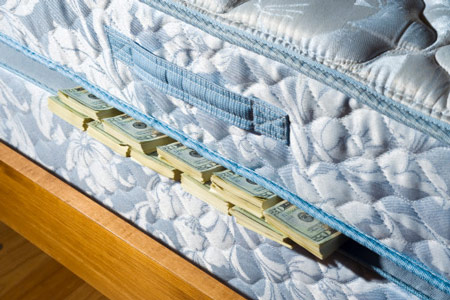 Last week we reported that a Citigroup economist said that we need to abolish currency like the U.S. dollar, or at the very least, tax those who possess it.

The whole idea made no sense, unless of course you are a big government stooge whose end-game is complete control over peoples’ assets and a desire to track the purchasing activities of consumers.

Now, a new report from Paul Joseph Watson at Infowars.com suggests that this may well be the goal. It turns out that it’s not just Citigroup who wants cash to be banned.

Some JPMorgan Chase customers are receiving letters informing them that the bank will no longer allow cash to be stored in safety deposit boxes.

The content of a post over on the Collectors Universe message board suggests that we may be about to see a resurgence of the old fashioned method of stuffing bank notes under the mattress.

My mother has a SDB at a Chase branch with one of my siblings as co-signers. Last week they got a letter outlining a number of changes to the lease agreement, including this:

“Contents of the box: You agree not to store any cash or coins other than those found to have a collectible value.”

Another change is that signatures will no longer be accepted to access the box. The next time they go in they have to bring two forms of ID and they will be issued a four-digit pin number that will be used to access the box then and in the future.

The letter, entitled “Updated Safe Deposit Box Lease Agreement,” was sent out to customers at the beginning of the month.

“Hide your wallets, the banksters are on the move,” warns the Economic Policy Journal.

The reasons for this new policy change should be clear and should come as no surprise. If you can’t keep your cash or precious metals in a safe deposit box, what are you supposed to do with it?

The answer is simple: You’re not supposed to have cash or gold. You’re supposed to keep your money in a zero-interest bearing account with your financial institution. Either that or stuff it under your mattress.

And this is where the scam comes in.

First, bank tellers have now been ordered by the government to report on individuals making suspicious withdrawals of cash so that police can then investigate and seize the funds.

Now, whenever banks suspect something ‘suspicious’ is going on, they want them to pick up the phone and call the cops:

“[W]e encourage those institutions to consider whether to take more action: specifically, to alert law enforcement authorities about the problem, who may be able to seize the funds, initiate an investigation, or take other proactive steps.”

So what exactly constitutes ‘suspicious activity’? Basically anything.

Second, if they can’t seize your money for lack of suspicious activity, they’ll take a different route. You may think the money you have on deposit is insured by the FDIC, or that it is actually your money to begin with. But the cold hard fact is that once you deposit money at a financial institution it no longer belongs to you.

And that’s why asset manager Ann Barnhardt recently warned that Americans should start taking their money out of banks because new legislation and regulations have ensured that all legal bank deposit protections are now officially gone.

The marketplace is DESTROYED. You CANNOT be in these markets. All legal protections are now officially gone.

… all customer funds in the United States are now the legal property of JP Morgan, Goldman Sachs, BNYM, or whichever megabank is the counterparty on the loans the FCM or depository institution takes out in order to fund its mega-levered proprietary in-house trading desks.

Now consider the implications of these new policies within the context of what JP Morgan Chase CEO Jamie Dimon said just a couple of weeks ago, when he warned that an even more volatile crisis than what we experienced in 2008 is on the horizon:

Some things never change — there will be another crisis, and its impact will be felt by the financial market.

So what we have here is the CEO of the very company that restricts your safe deposit holdings and wants you to put your financial assets into their bank deposit system telling you that there will be another crisis.

Of course, a majority of Americans believe the economy is doing good and over two-thirds of the country believes things will be even better a year now.

If you think things are great and the warning signs are nothing but fear mongering than we urge you to put everything you own into real estate, tech stocks and bank deposits. Because, as we’re sure you’ve been told, prices can only go up from here.

If, however, you have a feeling that something just isn’t right, then you might consider making plans to prepare for the financial crisis Jamie Dimon says is coming.

How safe is your safe deposit box?

This is Why You Need Your Money Out of the Bank: Freeze Outs, Glitches and Holds Increasingly Locking Customers Out of Funds