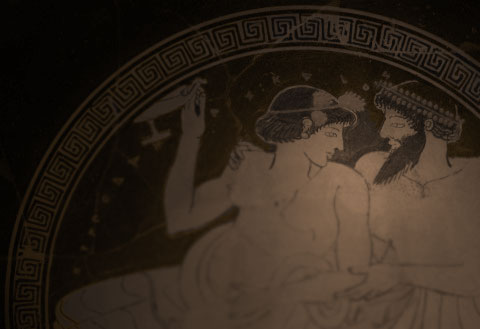 When opportunity has evaporated, and people are vanquished with no hope of better employment, it is simply inevitable that many will turn to selling themselves rather than starve, or worse.

At one level, it pure economics. The Greek people have been squeezed. Their economy has been sold at auction, and everything is breaking down. In tandem, Greece is seeing a spike in prostitution at such a skyrocketing rate that the price of services has reached the extreme bottom price of $4.24 per hour, or just over two dollars for the half hour.

In America, women have also been nudged into the sex trade, offering companionship and arranged romance for the cost of a college education and a decent and comfortable lifestyle. Waiting tables and being saddled with lifelong debt just to obtain a degree is no longer workable. Desperate times call for desperate measures.

The plummeting living standards forced on the Greek people by German chancellor Merkel and the European banks have forced large numbers of young Greek women into prostitution. The large increase in the supply of women offering sexual services has dropped the price to 4 euros an hour. That’s $4.24, enough for a cheese pie or a sandwich, the value that bankster-imposed austerity has placed on an hour’s use of a woman’s body. The half hour price is $2.12. They don’t even get the minimum wage.

When one reads a story such as this, one hopes it is a parody or a caricature. [But it’s not.] The story gains credence from the websites in the US on which female university students advertise their availability as mistresses to men who have the financial means to help them with their expenses. From various news reports, mistress seems to be a main occupation of female students at high-cost universities such as NYU.

The NYU girls have it far better than the Greek ones. The mistress relationship is monogamous and can be long-lasting and loving. Prudes make an issue of the disparity in ages, but disparity in age was long a feature of upper class marriages. Prostitutes have large numbers of partners, each possibly carrying disease, and they receive nothing in return except cash. In Greece, if the report is correct, the payment is so low that the women cannot survive on the money beyond lunchtime.

This is capitalism at work. In the US the hardship comes from escalating tuition costs, with 75% of the university budget spent on administration, rather than on faculty or student aid, and from the lack of jobs available to graduates that pay enough to service the student loans. These days your waiter in the restaurant might be an adjunct or part-time university professor hoping to get a full-time job as an actor. As mistresses, the NYU girls will be doing better.

All the good jobs are gone, and opportunity comes at a price.

So many millions of people, in Greece and other downtrodden places where banksters have the deepest foothold are left with no other choice but to turn to the oldest and perhaps least dignified profession.

That living standards and higher education depend upon women selling their services is proof that society is falling. Historically it has fallen upon the women of collapsed nations, who are driven into it by desperation or sold into by slavery. The phenomenon is hardly a debate about the declining morals of society; it is a direct consequence of a financial trap that has been set by a group of elite bankers who control the monetary system, and thus the fate of the world. Poverty and the increasing cost of living drives the illicit trade.

The result is widespread hardship, and the result of the hardship is that young Greek women have to sell themselves.

It is just as Marx, Engels, and Lenin said.

One would think that people everywhere would be outraged. But to most of those who commented on Zero Hedge it is just something to make crude jokes about—“think about it, Viagra costs 4x the cost of pussy.” “Sure beats dating and taking a girl to dinner.” Those who represent the vaunted “Western Values” see nothing to be outraged about.

While Greece is already hitting bottom, the United States is just beginning to show the cracks in the foundation. But the bigger they stand, the harder they fall, if indeed that is what is in the cards.

As far as moral integrity goes, Americans have little to stand upon compared with past generations. Rapid changes in economic conditions, technology and values has rendered a vastly different world. Many younger people are lost in the clouds of data and digital life, and won’t even see the cliff coming. What a shock it will be to see what the powers that be have been up to while all were distracted on idle and trivial things.

But the truth is that the power that bankers have amassed through the strings of financial control has resulted in the discount of human value. The masses have been sold into bondage. The price of a rigged game, of perpetually mounting debt, and of a silent but devastating central bank strategy of economic warfare is that of capitulation. The desperation of these women speaks volumes to the stage of the game which we have reached.