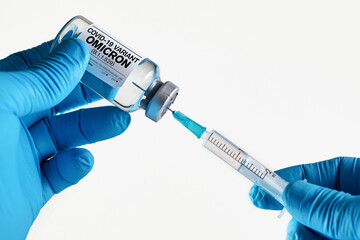 An Australian doctor has discovered the same thing others have: we are being lied to about what is in these injections. Dr. David Nixon, a Brisbane GP, put droplets of the COVID-19 vaccine and the blood of vaccinated patients under a dark-field microscope only to find out that they contain graphene oxide and self-assembling chips.

According to Sasha Latypova, a scientist with 25 years of experience in clinical trials for pharmaceutical companies, the contract between Pfizer and the United States government prohibits independent researchers from studying the vaccines. They claim it would “divert” these precious resources away from their intended use fulfilling an “urgent” need.

That could be why studies are being done with more scrutiny outside the dictatorship of the U.S.

We are being lied to every day. In fact, The Centers for Disease Control specifically states that all COVID-19 vaccines are free from “metals, such as iron, nickel, cobalt, lithium, and rare earth alloys” and “manufactured products such as micro-electronics, electrodes, carbon nanotubes, and nanowire semiconductors.”

But what Dr. Nixon found is alarming.

What Nixon found, and filmed, is bizarre to say the least. Inside a droplet of vaccine are strange mechanical structures. They seem motionless at first but when Nixon used time-lapse photography to condense 48 hours of footage into two minutes, it showed what appear to be mechanical arms assembling and disassembling glowing rectangular structures that look like circuitry and microchips. These are not ‘manufactured products’ in the CDC’s words because they construct and deconstruct themselves but the formation of the crystals seems to be stimulated by electromagnetic radiation and stops when the slide with the vaccine is shielded by a Faraday bag. Nixon’s findings are similar to those of teams in New Zealand, Germany, Spain, and South Korea. –Spectator

An Italian group led by Riccardo Benzi Cipelli analyzed the blood of over 1,000 people, one month after they were vaccinated, who had been referred for tests because they had experienced side effects. They ranged in age from 15 to 85 and had had between one and three doses. More than 94 per cent had abnormal readings, deformed red blood cells, reduced in counts, and clumped around luminescent foreign objects which also attracted clusters of fibrin. Some of the foreign objects dotted the blood like a starry night, some self-assembled into crystalline structures and others into spindly branches and tubes. –Spectator

This certainly explains the “SADS” epidemic and the excessive deaths across mass-vaccinated countries.

Natural News has regularly reported on these findings while the mainstream media seems content to watch the public consume these shots.

This isn’t over yet either. Pfizer has said that COVID will “continue to be a multi-million dollar franchise for years” and the mainstream media continues to push new boosters and additional injections on the public.