Artificial Intelligence: Apple Plans To Bring AI To Your Phone 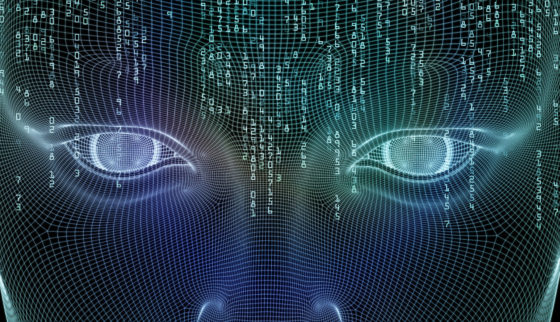 The entire globe seems to be obsessed with artificial intelligence.  Now Apple has released their plans to bring AI to your personal cell phone.

Craig Federighi, Apple’s head of software, is tasked with keeping a wellspring of new ideas flowing. One of his main strategies is to get more app developers to use artificial intelligence tools such as recognizing objects in front of an iPhone’s camera. The hope is that will spawn a new generation of ideas from Apple’s ecosystem of outsourced innovation.

But not everyone is overly excited about the push to continue to better artificial intelligence technology.  Most believe it will lead to a rather obsolete future for humanity and the ultimate nail in the coffin of the middle class.

“We have such a vibrant community of developers,” Federighi says. “We saw that if we could give them a big leg up toward incorporating machine learning into their apps they would do some really interesting things.” Those busy creating AI seem to think its a good idea but the father of modern AI says singularity is not that far away.

Singularity is the point in time when humans can create an artificial intelligence machine that is smarter than they are. Ray Kurzweil, Google’s chief of engineering, says that the singularity will happen in 2045.  Louis Rosenberg claims that we are actually closer than that and that the day will be arriving sometime in 2030. MIT’s Patrick Winston would have you believe that it will likely be a little closer to Kurzweil’s prediction, though he puts the date at 2040, specifically.

At Apple’s Worldwide Developer Conference on Monday, Federighi revealed the next phase of his plan.  He wants to “enliven” the app store with AI. It’s a tool called Create ML that’s something like a set of training wheels for building machine learning models in the first place. In a demo, training an image-recognition algorithm to distinguish different flavors of ice cream was as easy as dragging and dropping a folder containing a few dozen images, and waiting a few seconds.

According to Wired, Apple is far from the first tech company to release software to help developers build machine learning models. Facebook, Amazon, Microsoft, and Google have all done so, with Google’s TensorFlow being the most popular. Federighi claims none easily fit into an app developer’s regular workflow, limiting machine learning’s potential. “We’re really unleashing this capability for this vast developer community,” he says.

But at what cost to humanity?