Are You Prepared to Vote For ‘More of the Same’ to Stop Obama? 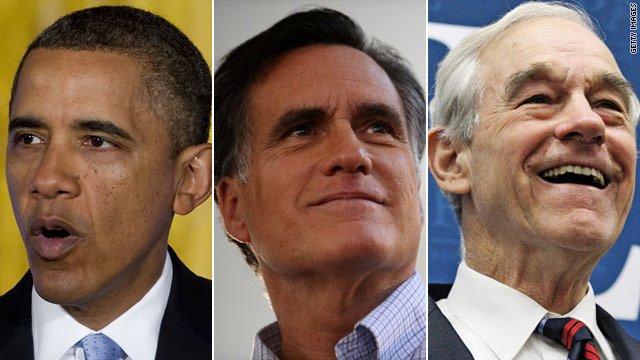 We have not been alone in suggesting that the nomination of any Republican candidate other than Ron Paul would essentially amount to a second term for President Obama.

One of the key reasons for why Ron Paul has consistently won over 20% or more of Republican voters during the primaries is because he is considered to be unlike any other candidate out there – a rebel, a true maverick. For Paul supporters, the thought of having a President Mitt Romney, Rick Santorum or Newt Gingrich is no different than having another four years of President Obama. These views are shared by millions of Americans who see no difference between the tax and spend initiatives, foreign policy, and liberty restricting legislation supported by republicans and democrats alike over the last three decades.

As such, these millions of Americans, many of whom were involved in the original grass roots Tea Party movement prior to its annexation by the broader Republican Party, refuse to be tricked again by a politician who talks a big game with promises of limited government, tax cuts, spending cuts, and a return to Constitutional values, but fails to deliver anything but more of the same once they are elected.

This presents quite a conundrum for Republican Party candidates and the prospect of removing President Obama from office come November. Ron Paul supporters, many of whom have adamantly refused to vote for anyone but Paul for President, have unequivocally and en masse put the establishment on notice: Either you join us and make Paul the nominee, or Obama wins in November because we’re staying home on election day.

In a recent Ulsterman Report interview, a long-time DC operative and Obama administration insider shares his insights on the matter. Among other things, Insider argues that Romney, Santorum and Gingrich are nothing like Obama, and that rather than focusing on destroying the credibility of republican primary candidates, the focus needs to shift, fully and completely, on removing President Obama from the White House.

This country ain’t seen anybody reach the White House like Obama.  Or more importantly – the people around Obama.  The ones supporting and pushing Obama.  Giving him the agenda, the words, the whole f-cking plan.  So shut the hell up about not voting for the Republican because they are “just like Obama.”  That kind of talk is comin’ from somebody who either is dumb as f-ck or is working for the campaign.  The Obama campaign.  And they are crawling all over your stupid Facebook thing.  And leaving comments on your stories.  I warned you about that.  There’s gonna be more of it.  A lot more.  You hear somebody saying they won’t support the Republican because they are ”just like Obama” – you ignore that sh-t.  It  ain’t worth your time.

Any of these Republicans – ANY OF THEM, are a hell of an improvement over Barack Obama.  If it’s Santorum, or Romney, or Gingrich, or Paul…you fall in line and you support that candidate and you vote Obama the f-ck out.  That’s the goal.  That’s your motivation.  PERIOD.  Because if you don’t do that…if you give this administration four more years…I’ve already said enough on that, right?

It’s never going back…the country…this version of America is finished and I got no real idea as to how different it’s gonna be.  We won’t recognize it – I know that.  I was talking to a fella last week about the Senate…plans to take the Senate.  Republicans.  As a stop-gap, right?  You know what he told me?  Looked me straight in the eye and said – “It won’t matter.  He has pushed executive authority so far already…it won’t matter.  Give him a couple more Supreme Court nominees…it won’t matter.  If he gets the White House again…IT WON’T MATTER.”

While reports have emerged over the last couple of days that Mitt Romney and Ron Paul may have formed a partnership against the other candidates, potentially setting up a Romney/Paul ticket for November, there are serious doubts that Obama can be beaten without the full backing of every conservative, republican and independent in the country.

It seems that Ron Paul’s often marginalized supporters will be the ones responsible for determining who the next President of the United States will be.

Primary results and the latest polling suggest that Paul will not be the republican nominee this year, which means either Romney, Santorum or Gingrich will be going head to head with Obama.

In that situation, at the eleventh hour, will Paul supporters remain steadfastly opposed to voting for another candidate, and by doing so handing the election to Obama? Or, will the prospect of four more years of a President who has lived up to at least one campaign promise – that he will fundamentally change America – be enough to drive them to the polls in support of any republican with a heartbeat?

The answer to this question will be the single determining factor in this year’s Presidential election.